Cockroaches are becoming even HARDER to kill: Study finds the pests are rapidly developing cross-resistance to insecticides

By Cheyenne Macdonald For Dailymail.com

Cockroaches are stepping up their defenses against the poisons designed to kill them.

A new study has found that German cockroaches, the most common species of the insect in the world, are developing cross-resistance to numerous insecticides.

Not only were researchers in some cases unable to reduce cockroach numbers during a six-month study period, even when combining different insecticides, but they found the insects’ resistance increased up to six-fold within one generation. 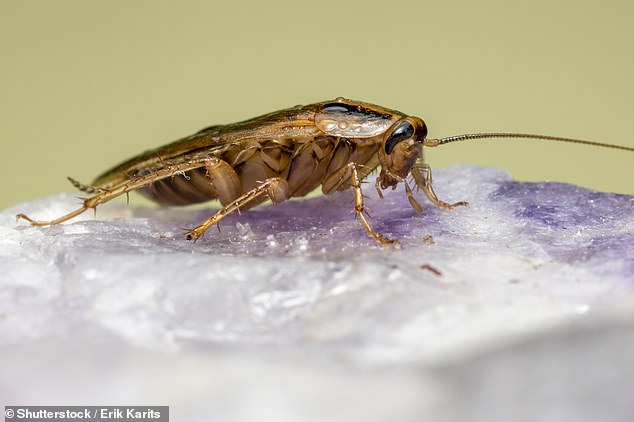 Cockroaches are stepping up their defenses against the poisons designed to kill them. A new study has found that German cockroaches, the most common species of the insect in the world, are developing cross-resistance to numerous insecticides

‘Cockroaches developing resistance to multiple classes of insecticides at once will make controlling these pests almost impossible with chemicals alone.’

The study published in the journal Scientific Reports focused on the species Blattella germanica L, which can be found all around the world.

The team tested different insecticides from different classes, and combinations of the bunch, in multi-unit buildings in Indiana and Illinois over a period of six months.

Exterminators often mix insecticides of different classes to ensure they’re eliminating bugs that have developed resistance to one, the authors note.

Roaches were captured from the sites before the lab to assess the best treatment for each scenario.

‘If you have the ability to test the roaches first and pick and insecticide that has low resistance, that ups the odds,’ Scharf said.

‘But even then, we had trouble controlling populations.’

The team says it was able to keep the roach populations stable during the study period, but could not make a significant dent in their numbers. 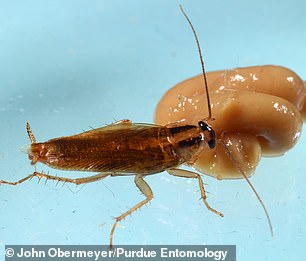 The study published in the journal Scientific Reports focused on the species Blattella germanica L, which can be found all around the world

With the two-insecticide mixture, the pests even appeared to thrive.

One of the single-insecticide experiments suggested the population was at first vulnerable to the method, and in that case they were able to mostly wipe them out. But, in another trial with 10 percent starting resistance, the population grew despite treatment.

‘We would see resistance increase four- or six-fold in just one generation,’ Scharf said.

‘We didn’t have a clue that something like that could happen this fast.’

Female cockroaches can produce as many as 50 offspring during their three-month reproductive cycle.

Even a small percentage of resistance and the potential for cross-resistance could mean a cockroach population just keeps coming back.

‘Some of these methods are more expensive than using only insecticides, but if those insecticides aren’t going to control or eliminate a population, you’re just throwing money away,’ Scharf said.

READ  See the far side of the moon like never before: China releases stunning new images

‘Combining several methods will be the most effective way to eliminate cockroaches.’

WHY ARE COCKROACHES SO HARD TO KILL?

The American cockroach (Periplaneta americana) is an omnivorous scavenger and one of the largest insect species that lives in close proximity to humans.

It has one of the largest genomes known to exist among insects, second only to the common locust.

Some genes control its internal detoxification system, which means the cockroach doesn’t get ill if it eats toxic food.

More genes help it combat infections, meaning it is resilient to living in filthy conditions.

Scientists have also found that female cockroaches are so resilient they don’t need a male partner.

Why was Lombardy hit harder than Italy's other regions?