The data for England shows that people aged 60 and over were admitted with a primary or secondary diagnoses of “mental and behavioural disorders due to the use of cocaine” on 414 occasions in 2020-21. This is up from 67 in 2010-11 ‑ a 518 percent increase.

Experts say that this can be attributed to an ageing population, as well as drug-users living longer.

Dr David Bremner, a consultant addictions psychiatrist at health care provider Turning Point, said: “Drug and alcohol services are having to adapt to meet the needs of an ageing population.

“Widespread use of a harm-reduction approach over the years has helped people stay safe and live longer. As a result, we have a cohort of older people with complex needs coming to us for support.

“As with any drug, the impact of long-term cocaine use will affect mental health in a range of ways, from anxiety and depression and up to severe mental illnesses, such as psychotic illness.

“Turning Point would encourage anyone, themselves or loved ones, who is using drugs to talk to their GP or local drug and alcohol service, no matter their age.”

Rachel Britton, at addiction charity With You, added that those with mental health conditions may turn to cocaine and similar substances for short-term elation.

However, she added: “Distressing feelings can get worse, with both ‘rebound anxiety’ and paranoia being linked to coming off drugs such as cocaine.”

She urged those needing help to contact With You online or in person. 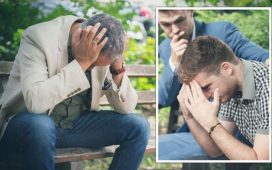 Mental health: The 7 signs you’re struggling – how to support someone you’re worried about 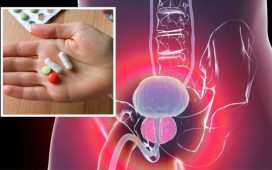 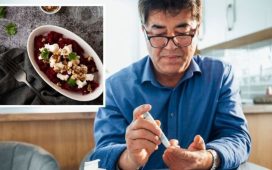 Diabetes: The 79p winter food which may prevent spikes in blood sugar

The Observer view on the Omicron variant | Observer editorial