NEWSCABAL
Home » Coastal home in ‘grandstand’ position above a beach goes on the market for first time ever at £1.6m
lifestyle


A coastal home in a ‘grandstand’ position above a beach has gone on the market for the first time ever, with a price tag of £1.6million.

While the house itself may look fairly ordinary, its incredible location above Porth Beach in Newquay, Cornwall, is what gives it its hefty price tag.

The four-bedroom property on the Polurrian Cliff in Mullion was built in 1993 – and has never before been sold on the open market.

There’s also a master bedroom with an en suite, two double bedrooms, and a family bathroom on the upper storey, as well as a one-bedroom annexe on the lower ground floor.

Outside, gardens stretch over half an acre, with a double garage and a workshop on the grounds.

Jack Greenwood, from estate agents Lillicrap Chilcott, said: ‘The owners’ parents bought the land back in the early 1990s and lived there until they passed away so this house has not been seen on the open market before.

‘The whole road was being developed at the same time. The developer who built the majority of hoses along that stretch of road, this was the plot he was going to keep for himself.’

The plot on the Lizard Peninsula – the most south-westerly point of the British mainland – is known for its arresting landscape, and homes here command a high price. However, given the average sale price for a detached house in Mullion is £357,167, you’re definitely paying an extra premium for the view.

‘It’s a grandstand position and it’s in a magical setting,’ continued Jack.

‘The beach is below and you can watch the everchanging tide coming in and out. It’s a really nice vista.

‘The beach is a nice distance away but you can easily walk down to it as well.

‘The views from the property overlook Porth beach and Porth Island, which is really stunning.’

The agent says it’s ripe for development opportunities for the new owners to make it their own.

He added: ‘I think it needs someone to go in and maybe extend it and create more of a modern living arrangement.

‘The kitchen, utility room, and dining room are all separate, and quite small for how people like to live now.

‘It’s a dream beachside house on that beautiful stretch of north Cornish coast, with Newquay on your doorstep but a bit quieter and away from the crowds.’


MORE : You can now have dinner in a vintage train carriage designed by Wes Anderson 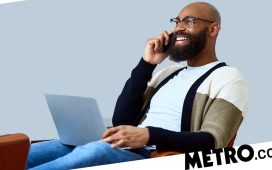 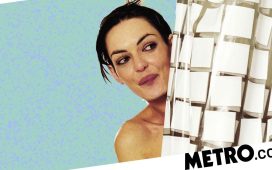