Activists have taken a Trojan horse into the grounds of the British Museum to protest against its corporate sponsorship deal with the oil giant BP.

Protesters dressed as Spartan warriors snuck their 13ft tall wooden horse through a side gate at 7.30am on Friday and pulled it on to the forecourt in front of the museum’s entrance.

The installation of the Trojan horse, which is part of the 3,000-year-old myth of the siege of Troy, was timed to coincide with the museum’s latest exhibition “Troy: myth and reality (supported by BP)”.

“The Troy exhibition has inspired us to create this magnificent beast, because the Trojan Horse is the perfect metaphor for BP sponsorship,” said activist Helen Glynn, of BP Or Not BP?, a theatrical protest group.

“On its surface the sponsorship looks like a generous gift, but inside lurks death and destruction.”

The activists have asked the museum to allow them to keep their wooden horse outside the front door until Saturday, when a bigger demonstration is planned.

In a letter handed in to the museum, they said: “Hundreds of people have helped to crowdfund this horse because they feel so strongly that the museum should not be promoting and giving legitimacy to an oil company when we are in the midst of a climate emergency.

“The museum has previously said that it will facilitate peaceful protest and we want to work with you to make sure that our interactive artwork enhances tomorrow’s event.”

The museum said it was awaiting advice from the police.

The British Museum protest is the latest move in an activist campaign to end fossil fuel sponsorship of the UK’s leading cultural institutions.

In October, the Royal Shakespeare Company ditched its sponsorship deal with BP, after a campaign from artists, environmentalists and members of the public. 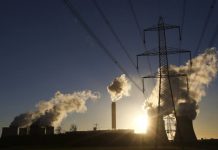