Claude Bolling, the pianist, composer and bandleader, who has died aged 90, was a leading figure in French jazz from the early 1950s, who worked with many international stars, and celebrated the rich and complex history of jazz with his own particular brand of virtuosic enthusiasm.

Bolling’s keyboard skills brought him widespread acclaim by his mid-teens, and he developed a jazz-piano style audibly influenced by Duke Ellington, a lifelong hero, as well as by Earl Hines, Teddy Wilson and Art Tatum. He also became an exponent of the piano technique that had originally spawned the “stride” methods of many of his piano models, the vivacious, dancing proto-jazz style of ragtime.

A sophisticated musician, Bolling easily adapted to other musical environments. He successfully arranged a group of the surreally defiant songs of the Left Bank writer and musician Boris Vian (who nicknamed him “Bollington”), and found his way into the French pop world in the 1960s as an arranger for Sacha Distel, Brigitte Bardot and Juliette Gréco, among others, and as the MD for a kitschy but popular trad-jazz-meets-pop vocal quartet, Les Parisiennes. But Bolling never lost sight of his first love.

He recorded in France with leading Ellington soloists, including the saxophonist Paul Gonsalves and the trumpeter Cat Anderson, and worked with the singer Carmen McRae. Though he loved the subtlety and textures of Ellington, Bolling’s own big bands came to display a more direct and riff-driven Count Basie-like aspect, and with his Show Bizz Band and Claude Bolling Big Band, he was in constant demand.

Bolling wrote more than 100 film scores, perhaps his best-known being for Jacques Deray’s gangster film Borsalino (1970). He also explored hybrids of jazz and classical composition, working in 1975 with the classical flautist Jean-Pierre Rampal on Suite for Flute and Jazz Piano, which became a big hit in America and won both platinum and gold discs. Bolling also explored the borders of jazz and classical music with the guitarist Alexandre Lagoya, the violinists Pinchas Zukerman and Patrice Fontanarosa, the cellist Yo-Yo Ma and the harpist Marielle Nordmann.

The son of Geneviève (nee Brannens) and Henri Bolling, Claude was born in Cannes, in the south of France, where his father was working as a hotel manager, but he lived for almost all his life in Paris. A prodigious talent as a small child, at 14 he won a contest organised by Jazz Hot magazine and the Hot Club de France. Within a year he was leading a small ensemble influenced by both early New Orleans jazz and the work of Ellington.

He absorbed the guidance of teachers including the classical pianist Germaine Mounier and jazz pianist Léo Chauliac, and studied harmony and orchestration with Maurice Duruflé and the composer and Jazz Hot editor André Hodeir. Frequenting popular Parisian jazz clubs such as the Club St Germain and the Caveau de la Huchette, Bolling quickly evolved both his own identity and the sensitivity and alertness to work with unfamiliar players.

In 1948, the young pianist accompanied the visiting American blues vocalist Chippie Hill, and by his 21st birthday he had already worked alongside such American swing-trumpet luminaries as Rex Stewart, Roy Eldridge and Buck Clayton, and the imperious saxophonist Don Byas.

Bolling also worked with the swing vibraphone star Lionel Hampton in the mid-50s (he was later to devote a tribute project to Hampton) and by 1955 was leading his own full orchestra. Various editions of this band became the principal vehicle for Bolling’s work over the decades, and he frequently took it on the road.

In 1989 Bolling made the first full-length recording of Ellington’s masterpiece, Black, Brown and Beige, originally released by its composer only in a truncated version in 1958. In 1994, the Bolling band played a conspicuous part in the 50th anniversary of D-Day concerts at the Mémorial de Caen in Normandy (Bolling was regularly a first choice in France for high-profile public events). In 1996 his orchestra celebrated its 20th anniversary with tours of the US, Asia and South America, and performed the Ellington suite A Drum is a Woman at the Palais de Chaillot in Paris, with the Cameroonian saxophonist Manu Dibango as narrator.

In 2003 Bolling confirmed that his keyboard powers had not waned with a jubilant celebration of the work of 12 giants of piano jazz, from Scott Joplin’s ragtime to the furiously skilful swing of Oscar Peterson, on the album Tribute to the Piano Greats. Despite its founder’s retirement from performance in 2014 (though he would always refer to the ensemble as “his guys”), the Claude Bolling Big Band continued under the leadership of his former drummer, Vincent Cordelette.

Bolling’s wife, Irène Dervize-Sadyker, a journalist, whom he married in 1959, died in 2017. He is survived by two sons, David and Alexandre. 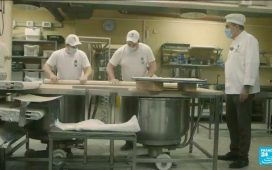 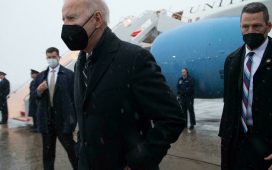