Clash on the 'pan: Torque-vectoring hot hatches face off


Of course, what happens on the road matters more. Much more. Here the vectoring effects are less obvious but all the more satisfying. It’s what Thielebein was getting at: that it’s more important for these systems to enhance and enliven the car’s handling balance within the limit of grip, and in an everyday setting, than perform silly tricks on track.

Duly, the Golf R will at times tighten its line under throttle, as if it’s possessed some demonically tight LSD in the back axle, only without the spikiness at all other times. It’s artificial, but a good imitation and pretty enjoyable. Meanwhile, the A45 prizes composure, mainly because it needs to, and its engineers have clearly tuned the rear axle to help deliver unflappable neutrality.

Naturally, the Focus RS has the wildest temperament. It seems to positively invite instability, possibly because the hydraulic vectoring set-up is slower to react but then does with more vigour, and the tuning is less deft. Back in 2015, this car really was on the frontier.

What’s clear is that, despite the similar hardware, there are real differences in application. That’s the most intriguing bit about these clever axles. Their tunability lets the personalities of their engineers come through more. After all, every car is to some extent a reflection of those who built it. So yes, vectoring makes 4WD hot hatches more agile and capable than ever, but it makes them more expressive and interesting, too. In a class predicated on practicality, you really do have to welcome that.

Vectoring from 1996 to today

Torque vectoring is one of those technologies that sidled into the motoring vocabulary almost unnoticed and now, well, any car with an ounce or two of grunt is likely to have it in some form or another. It’s arrived partly through design and partly by accident, and there are a number of ways of achieving the same result, some more complicated than others.

At the beginning, it was by design. Mitsubishi used a combination of a conventional differential, an additional gearset and clutch packs in the Mk4 Lancer Evolution’s rear axle to push more torque to one wheel or the other. The first BMW X6 used a similar idea but executed in a different way with two planetary gearsets, two clutch packs and a differential gear. It was the brainchild of GKN, based on a concept by Prodrive and executed by ZF. 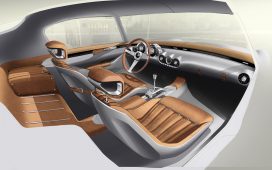 The market for lithium-ion batteries is expected to register a CAGR of 22.58%, during the forecast …

The global multi-layer ceramic capacitor market is valued at aa CAGR of 6.9% during the period …

New 2021 Ssangyong Korando EV due for launch in August 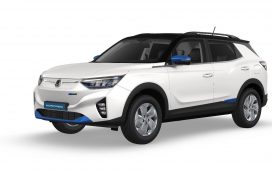 SsangYong to accelerate EV development as part of 'self-rescue' plan 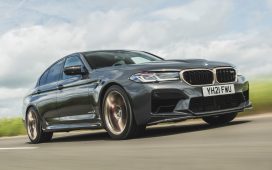