The Chief Justice of Nigeria (CJN), Tanko Muhammad, said on Monday that the appointment of record 18 Justices of the Court of Appeal in one batch is an indication of a surge in the emergence of new forms of crimes in the country.

He said with more novel crimes being recorded, the number of court cases has been on the rise, hence the need for more judges to be appointed to handle them.

Mr Muhammad, who spoke at the inauguration of the 18 new judges of the court in Abuja on Monday,said the trend places Nigeria among the most litigious country in the world.

The ceremony, which held at the Main Courtroom of the Supreme Court in Abuja , pushed the number of Justices of the Court of Appeal from 70 to 88, which is just two judges short of the full complement of 90.

“The number of justices that we have just sworn in today is quite unprecedented in the recent history of the Court of Appeal. The last time we swore in a large number of 12 justices was on November 5, 2012,” the CJN said in his speech delivered after administering the oath office to the new Appeal Court judges.

He added, “Today’s ceremony is an indication of the times that we are currently in. Several novel crimes are being committed in the country that have now made litigation to go on a steady rise.

“We are constantly on our toes and the dockets are ever rising in response to the challenges of the time.

“This underscores the undisputed fact that Nigeria ranks among the most litigious countries in the world.”

The CJN advised the newly sworn-in Justices of the Court of Appeal to shun all forms of gratifications in the discharge of their duties.

Mr Muhammad, who reminded the judicial officers of their divine mandate on earth, urged them to perform their tasks with “honesty.”

“In life, gifts and wealth that are not worked for, which are by extension, undeserving, are always wrapped in calamity and destruction. Flee from them and keep your heads high above the murky waters of corruption, so that you can be conveniently counted among the very best in the Nigerian judiciary.”

“You must, against all odds, conduct your affairs within the ambit of the law and the oath that has just been administered on you,” Mr Muhammad said.

He admonished judges to roll up their sleeves to face the challenges head-on.

Governors of Plateau, Ondo and Yobe states, Simon Lalong, Rotimi Akeredolu, and Mai Mala Buni, respectively, are among the dignitaries present at the inauguration ceremony.

PREMIUM TIMES reported that the inauguration was earlier scheduled to take place in April but had to be postponed due to the nationwide strike of the members of the Judiciary Staff Union of Nigeria (JUSUN).

The strike embarked upon by judiciary workers to press for the financial autonomy of the judiciary started on April 6 and went on to ground Nigerian courts and relevant institutions for over two months.

President Muhammadu Buhari approved the appointment of the judges following their recommendation by the National Judicial Council (NJC).

PREMIUM TIMES reported how the Federal High Court in Abuja, on Friday, struck out a suit demanding three slots for the South-east region in the process of appointing the 18 judges.

One of the newly sworn-in justices, Adebukola Banjoko, had in 2018, jailed two former Nigerian governors for corruption while she was a judge of the FCT High Court.

Jolly Nyame, former governor of Taraba State as well as Joshua Dariye of Plateau State, were convicted by Ms Banjoko for misappropriation of state funds.

Mr Dariye was convicted of N1.2 billion while he served as governor of the North-central state.

The two former governors are currently serving their jail term at the Kuje prison in Abuja.

Below are the names of the new appointees with their states of origin. 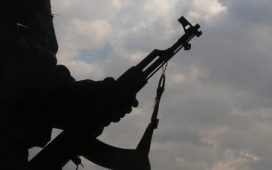 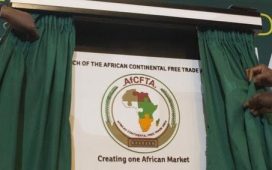 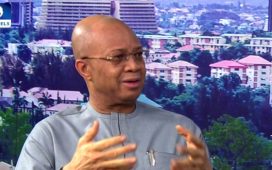