The City’s financial regulator has relaxed rules on transactions with a daily value of billions of pounds, just hours before the UK officially left the EU’s single market.

The Financial Conduct Authority (FCA) on Thursday used temporary emergency powers to allow companies on both sides of the Channel to trade derivative contracts that are viewed as crucial for financial stability.

The last-minute adjustment came hours before the UK’s departure from the EU’s single market at 11pm GMT on New Year’s Eve. The move will allow banks and financial companies to trade derivatives known as swaps, which are contracts that allow companies to protect themselves against risks such as movements in interest or currency exchange rates.

London is by far the biggest location for the derivatives trade in Europe. Before Brexit the UK’s financial firms had straightforward access to companies across the EU, but much of that access has been revoked, with some European politicians hopeful of attracting business away from London to other cities such as Paris, Amsterdam and Frankfurt.

Britain has urged Brussels to grant full two-way market access, known as “equivalence”, for swaps trading, but the bloc says it wants information from Britain about its intentions to diverge from EU rules before it can make a decision.

The trade deal agreed between Boris Johnson’s government and Brussels on Christmas Eve does not cover financial services, meaning UK firms trying to serve EU clients will be reliant on the EU choosing to acknowledge UK regulation as equivalent.

The FCA on Thursday said the UK-based companies it regulates could instead use EU platforms, provided they do not have the option of using another location such as the US. That could result in more trading happening in the EU rather than London.

The EU’s refusal to grant equivalence has come despite the hopes of the UK government and the FCA that an arrangement could be made before 1 January.

The FCA said it “continues to view the agreement of mutual equivalence between the UK and EU as the best way to avoid disruption for market participants”, as well as avoiding companies having to trade on multiple venues which could potentially raise costs.

The FCA said that it would review its approach by the end of March.

The Bank of England previously warned that interest rate swaps worth about $200bn (£146bn) could be disrupted due to the clash between UK and EU swaps rules. 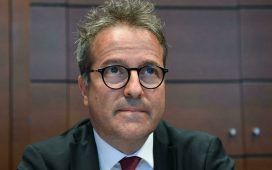 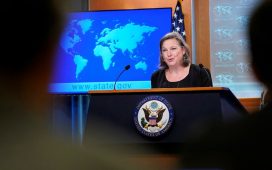 US calls Security Council meeting over Ukraine, steps up pipeline warnings alongside Germany

Note from Aldo Moro kidnappers sells for €26,000 at controversial auction