CHRISTINE McGuinness has revealed her children tucked into fish fingers and chips on Christmas Day.

Writing on Instagram, The Real Housewives Of Cheshire star explained that her kids – twins Penelope and Leo, 7, and four year old Felicity – all have autism and ‘like what they like’.

She wrote: “Because autism doesn’t stop for Christmas day! They like what they like and I want my children to eat so I choose my battles and I don’t want one today!

“For anyone who may not understand this, food aversion can be quite common for those with autism. This isn’t lazy parenting or fussy children, this is sensory issues due to their condition that limits what our children eat. I am delighted they are very slowly exploring new textures.

“I’m just happy they eat because there have been times they totally refuse.
It may be basic and it’s still all beige but they’re happy and their tummies are full.”

“For anyone with autistic children this Christmas.. I hope you had a calm day, I feel your exhaustion and I hear your sigh of relief that the Christmas period is almost over.”

However, it looks like Paddy and Christine had a full roast – showing off their plates piled high with food.

Christine’s admission was praised by fans on Instagram, with one person telling her: “Waffles, fish fingers & beans here – no change just because it’s Christmas Day!!”

Another fan added: “You guys are such an inspiration & role models, merry Christmas.”

Christine has spoken in the past about how difficult it is for the family to celebrate Christmas, and put up her first Christmas tree in six years last year.

Last year, she wrote: “I am the proudest mummy, I can’t believe my babies are happy around our Christmas tree. Christmas is always a very difficult time of year for us, our children can get overwhelmed, upset with all the changes everywhere, the lack of school routine, they get overstimulated and anxious meaning daily meltdowns are a given.

This year I am preparing more than ever, visiting Christmas displays as much as possible (even if we only last 5 minutes) .. choosing decorations for our tree together, using visual calendars, reading stories about Christmas, even watching Peppa Pig’s Christmas on repeat.

“So far they are coping amazing and we have managed to put a tree up at home without any upset for the first time in years! Now, somehow I just need to keep this whole calm, prep, structured Christmas feel around for the next 2 weeks.”

However, after the festive season was over, she admitted that the “aftermath had been awful”, saying: “I wasn’t ready for the aftermath following Christmas Day, it has has been awful.

“I think I prepared them so much for Christmas Day, I didn’t prepare them for it to end. I know many of you with Autistic children will understand, I’m still learning everyday and next year will be better again.”

Autism spectrum disorder (ASD) is an incurable, lifelong developmental condition that affects how people perceive the world and interact with others.

It affects around one in 100 people in the UK and is three to four times more common in boys than in girls.

When they are young, their language development may take longer and they can struggle to use facial expressions, using gestures to communicate instead. 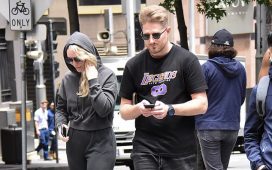 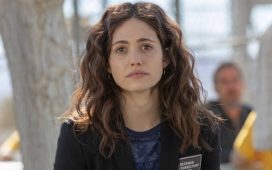 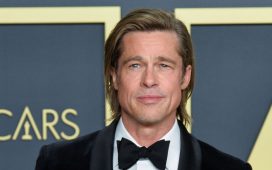 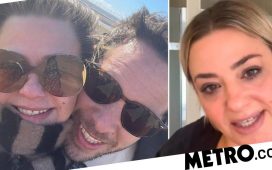 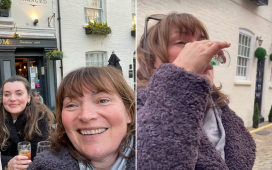 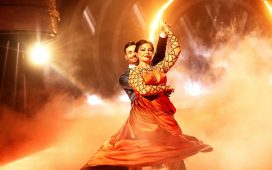