Lampard has acknowledged that pressure on his position will increase, leading Pulisic to insist that he and his team-mates must show character to lift the club out of their slump.

“We’re in a tough period, it’s going to happen to everyone at times and we’ve been in these situations ourselves before,” said the United States winger.

“We have a game next week where we need to start turning it around, because we do need to start getting results quickly. We’ll watch this game back, look at it as a team and see what we can improve on.

“It’s not going to be easy, but we need to show character now. We have some games coming up where we need to turn it around quickly and start putting together a run of results.”

Ilkay Gundogan, Phil Foden and Kevin De Bruyne fired City into a fully-deserved 3-0 half-time lead on Sunday. Chelsea were way off the pace, with the defensive unit desperately trying to fix the problems on the run but appearing flummoxed.

Substitute Callum Hudson-Odoi bagged a late consolation goal, but the damage had already been done, as Pulisic admitted.

“We conceded goals with a lot of counter situations and we weren’t prepared to stop that, so the first half really let us down,” he told Chelsea’s website.

“They were able to beat us on some transitions where we needed to defend better and be a little smarter and then we allowed them to dictate the tempo of the game.”

Man City romped to a fourth straight win in all competitions, with boss Pep Guardiola delighted the visitors were able to perform so ably without a clutch of players who were missing due to coronavirus.

Belgium star De Bruyne operated as a false nine up front, admitting he took time to settle into the role.

“It was a little bizarre in the beginning,” De Bruyne told City’s website.

“I’ve done it a couple of times in my career, but the head coach asked me to do this job so I tried to do it the best as possible and it’s good that we won it this way.

“The difference here is when we had the chances we took them. I think the years we were champions, we were winning these big games. Last year and this season we have played some good games but not won them, so I think today we showed we can win the big games.

“We’re fighting an uphill battle, but we’re coming closer and that’s the only thing we can do right now.”

‘The gloves are off’: Steve Bruce vows to get tough with Newcastle after ‘absolute s****’ performance 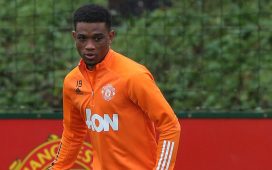 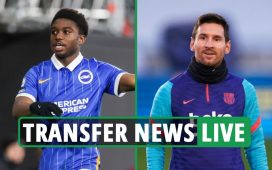 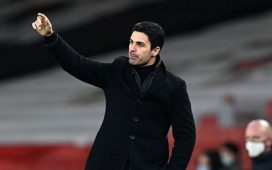 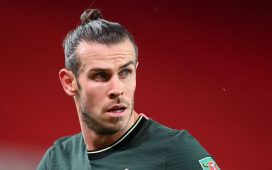