Christian Pulisic has urged his Chelsea teammates to ‘show character’ following their 3-1 defeat to Manchester City on Sunday evening.

Frank Lampard’s side found themselves three behind after the first half at Stamford Bridge following goals from Ilkay Gundogan, Phil Foden and Kevin De Bruyne.

City eased off after the break while Chelsea grabbed a late consolation through Callum Hudson-Odoi.

The defeat leaves Lampard’s side eighth in the Premier League and with just one win in their last six matches.

And Pulisic has urged his Chelsea teammates to rediscover the form they showed at the start of the campaign.

‘It’s going to happen to everyone at times and we’ve been in these situations ourselves before. We have a game next week where we need to start turning it around because we do need to start getting results quickly.

‘We’ll watch this game back, look at it as a team and see what we can improve on.

‘It’s not going to be easy but we need to show character now.

‘We have some games coming up where we need to turn it around quickly and start putting together a run of results.’

‘We conceded goals with a lot of counter situations and we weren’t prepared to stop that so the first half really let us down,’ said the United States international.

‘They were able to beat us on some transitions where we needed to defend better and be a little smarter and then we allowed them to dictate the tempo of the game.

‘We had to go back out and show character. We’re never going to give up, we know we have talented guys and a good team but we just need to show it, which is what we did in the second half.

‘It’s not easy to come back from three goals down but it’s happened before so we gave it everything and managed to get one back. Unfortunately, it was just too little, too late.’

READ  Fans in Argentina and Naples mourn death of Diego Maradona – video
Share on FacebookShare on TwitterShare on PinterestShare on Reddit
newscabalJanuary 4, 2021 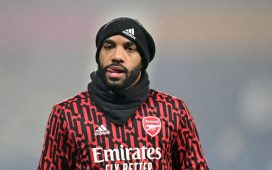 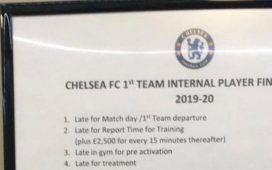 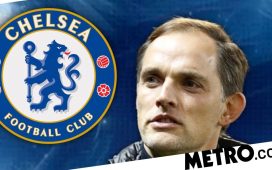 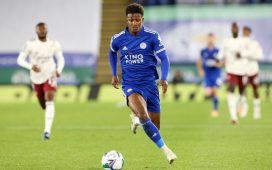