CHRISSY Teigen’s Cravings kitchenware line has been removed from Target’s website following Courtney Stodden’s claims she was “bullied” by the star, The Sun can reveal.

Earlier this week, Courtney said she was urged by Chrissy to “kill themselves” at just 16-years-old in addition to her publicly posting a series of hateful messages aimed towards the then-minor.

As the backlash rages on, the social media personality’s culinary empire is now in the line of fire as thousands of fans have vowed to “stop shopping” with the companies all together if they continued selling Cravings by Chrissy.

It appears Target listened to their customers and has reconsidered their business with Chrissy, 35, as the entire Cravings collection has been scrubbed from their website.

Upon looking up Cravings or Chrissy’s name specifically, the site states it “couldn’t find a match” for any relevant searches.

In addition, the link for the Cravings line is no longer active and redirects to the main webpage.

The store is continuing to sell the chef’s cookbook, Cravings and Hungry For More, as the products are sold under publisher Random House and not her company specifically.

Target has not yet released a statement on the matter and did not return The Sun’s multiple requests for comment.

The 35-year-old offers her products in a number of big box retailers but has seemingly found the biggest success with her line at Target.

In 2018, Chrissy partnered with the mega-brand to sell an affordable line of kitchenware – which has expanded to food, robes and other items throughout the years.

Her top-selling items were regularly her pots and pans collection – which all retailed for under $150.

Fans have vowed to no longer shop at Target if they did not drop Chrissy’s line, with one saying: “Nope – condoning Chrissy Teigen cyberbullying minors @target losing my business and ALOT OF OTHERS.”

“As long as you sponsor Chrissy tiegen I will never shop with your business again.

“Sponsoring someone that influences a teenager to commit suicide is really disturbing and downright disgusting,” another wrote.

A third tweeted: “@Target end your relationship with Chrissy Teigen immediately.  She admitted to encouraging teen suicide and self harm. I am a TGT shareholder and insist you part ways with her.”

“Going to @target for what may be the last time to see if you have pulled @chrissyteigen and her @cravings product line yet,” a fourth fired off.

She also has a higher-end kitchenware line at Macy’s – which is still currently available.

Courtney made the claims during a new interview with The Daily Beast, which was published on Monday.

While talking about the mom-of-two, they told the outlet: “She wouldn’t just publicly tweet about wanting me to take ‘a dirt nap’ but would privately DM me and tell me to kill myself. Things like, ‘I can’t wait for you to die.’”

They rose to fame in 2011 when they married Green Mile actor Doug Hutchison – who is 35 years their senior – at only 16 years old.

However, the controversial couple later divorced in 2020.

Chrissy started tweeting a number of rude comments at the model when they were just a teenager.

After days of outrage, Chrissy posted a Twitter apology and claimed she reached out to Courtney about the matter.

However, Courtney slammed Chrissy and said not only have they NOT heard from the model, but they’re blocked by her on Twitter. 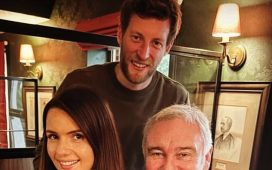 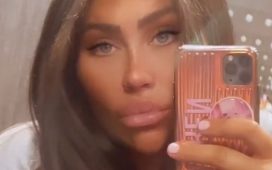 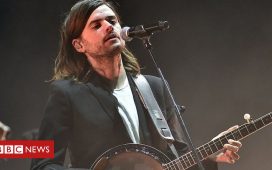 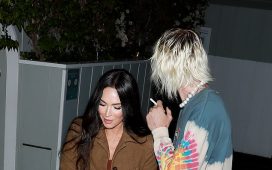 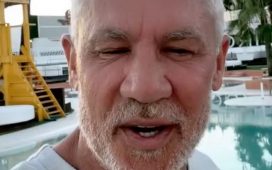