Chrissy Teigen has spoken out to explain why she shared the heartbreaking pictures of herself in tears after losing her third child.

The 34-year-old, who shares children Miles and Luna with husband John Legend, was seen weeping in a raw and emotive black and white picture earlier this month.

She and singer John shared a string of images as they broke the tragic news that their baby boy Jack had died.

And while many applauded the couple’s bravery for sharing such an intimate look at their lives, some said it’s something they shouldn’t have shared on Instagram.

Now, Chrissy has explained why they did.

In a blog post, she wrote: “I had no idea when I would be ready to write this. Part of me thought it would be early on, when I was still really feeling the pain of what happened. I thought I would sit in the corner of my bedroom with the lights dimmed, just rolling off my thoughts. I’d have a glass of red wine, cozy up with a blanket, and finally get the chance to address “what happened”.”

She said that instead, she’s sitting on the couch downstairs, still wrapped up in a blanket, but “buzzing” after spending the morning with friends.

The model said she had written down her thoughts after reading through “countless” notes in her phone of all the thoughts that have been randomly popping into her head.

She said she had been overwhelmed by the response to her post earlier this month, and that she’s grateful for the personal experiences, books and poems her followers had shared with her.

Chrissy described what happed when they lost Jack in heartbreaking detail, saying she was wheeled through the hospital covered in a thin blanket, knowing that she was about to deliver what should have been the fifth member of their family “only to say goodbye moments later”.

She wrote: “People cheered and laughed right outside our door, understandably for a new life born and celebrated. You kind of wonder how anyone is thinking about anyone but you.”

Chrissy says she had come to terms with what was going to happen, that she’d be induced to deliver her 20-week-old baby, who would never have survived inside the womb.

She had previously been on bed rest for a month, trying to reach the 28-week mark, a “safer” zone for the fetus.

She was diagnosed with partial placenta abruption, and says that she’d had issues with her placenta before.

Chrissy says she lay in bed for days, bleeding and changing her own adult diapers every time it became too uncomfortable to lie in the blood.

She could have spent those days in hospital but knows that it wouldn’t have made a difference to what happened.

Heartbreakingly, she said that at one point, the fluid around Jack got so low that she could lie on her back and feel his arms and legs from outside of her belly.

She was eventually taken to hospital, only to be told a couple of nights later that she’d have to say goodbye to her baby.

Chrissy said nothing could be done to save her baby, and that they’d tried blood transfusions before finally realising their efforts were useless.

She wrote: “Late one night, I was told it would be time to let go in the morning. I cried a little at first, then went into full blown convulsions of snot and tears, my breath not able to catch up with my own incredibly deep sadness. Even as I write this now, I can feel the pain all over again. Oxygen was placed over my nose and mouth, and that was the first picture you saw. Utter and complete sadness.”

Explaining her Instagram post, Chrissy said she asked John and her mother to take pictures, no matter how uncomfortable they felt.

She added: “I cannot express how little I care that you hate the photos. How little I care that it’s something you wouldn’t have done. I lived it, I chose to do it, and more than anything, these photos aren’t for anyone but the people who have lived this or are curious enough to wonder what something like this is like. These photos are only for the people who need them. The thoughts of others do not matter to me.”

Chrissy said that she will never be able to forget the experience of giving birth to her son.

She said she, John and her mum each held onto little Jack to say their goodbyes to him.

Chrissy says she’ll forever be haunted by not knowing how long her son waited to be delivered.

The star was praised and thanked for sharing her story.

Not long after posting the link on Twitter, she shared a picture of her chest and lower face, writing: “Phew I just had a full on panic attack of more tear snot just knowing anyone read this. I’ve missed you all terribly.” 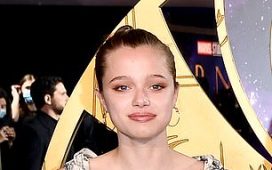 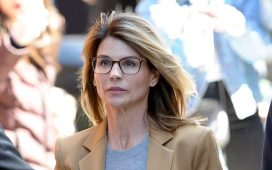 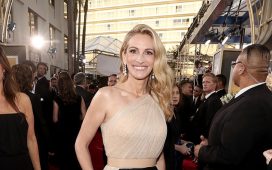