Chris Wilder admits he is scratching his head for the answer.

How can he stop Sheffield United’s season from degenerating into embarrassment?

How can a squad who pushed for Europe last season shrivel so much in confidence and form, and basic levels of fight, to produce an early season flop never seen before in Premier League history?

“This is not a system situation. I am bored with that one,” said Wilder.

Is it a lack of hunger, a comfort zone after a good first year in the top flight?

“The majority got new contracts. We wanted them to kick on,” said Wilder, before adding: “The experienced players, the bulk, are not playing no where near consistently the standard they have produced in the past.”

Some 19 years ago Wilder started in the ninth tier with Alfreton Town, and 19 months ago a headline dubbed him the Yorkshire Pep Guardiola.

His, and United’s rise, is what the English football pyramid is all about. As is the rapid fall of his once feared, twice promoted, Europe-chasing upstarts from just a few months ago.

Two points from 15 games is the worst start by any Premier League team. No one has avoided the drop with less than eight points at this stage.

Wilder is working his way through the managerial play-book until there’s nothing left to try.

He can do spiky motivation. He can acerbic barbed comments, the world’s against us moans, softer toned demands for players to make the shirt their own, and of course, the old fashioned rollockings.

But none of it is lifting the Blades to the considerable heights reached last March before lockdown burst their bubble. “I’ll go home and scratch my head and pick a team for Burnley.”

He added: “No one can give a footballer a magic pill.

“They have to find it within themselves and stick their chest out, accept the responsibility and accept it this Premier League level. Yes it is quicker, up against world class, but these players have shown it.”

The margins are so fine. United have lost ten games by single goal, proper thrashings are rare, and battled well against Everton, lacking quality in possession.

Last season ten of their victories came by a single goal winning margin. It doesn’t take much of a dip to turn those games.

To one in Wilder’s own worlds shows “inconsistency”, deserved “fair criticism,” and that once looked innovative but now appears scrappy and ordinary.

“We make it competitive against good players but when it was our turn to play and go and hurt the opposition we never built up that momentum,” Wilder said.

“Our form doesn’t allow that to happen. I feel we have got it in us. It is a broken record.”

Their last win was 3-0 against Chelsea 19 games ago in July, and this defeat came after Gylfi Sigurdsson netted on 80 minutes – their fifth loss in a row at home equalling the club record dating back to 1908.

History suggests they are doomed. That needn’t mean Wilder’s time is up.

Keeping discipline, motivation and a sense of mission will be tough in the coming months when it seems their fate is already decided.

Will Sheffield United stay up? Have your say in the comments. 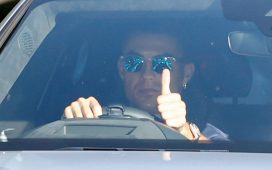 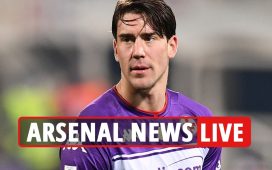 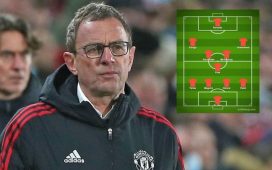 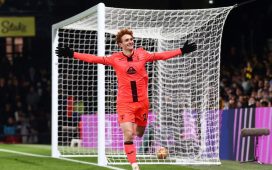