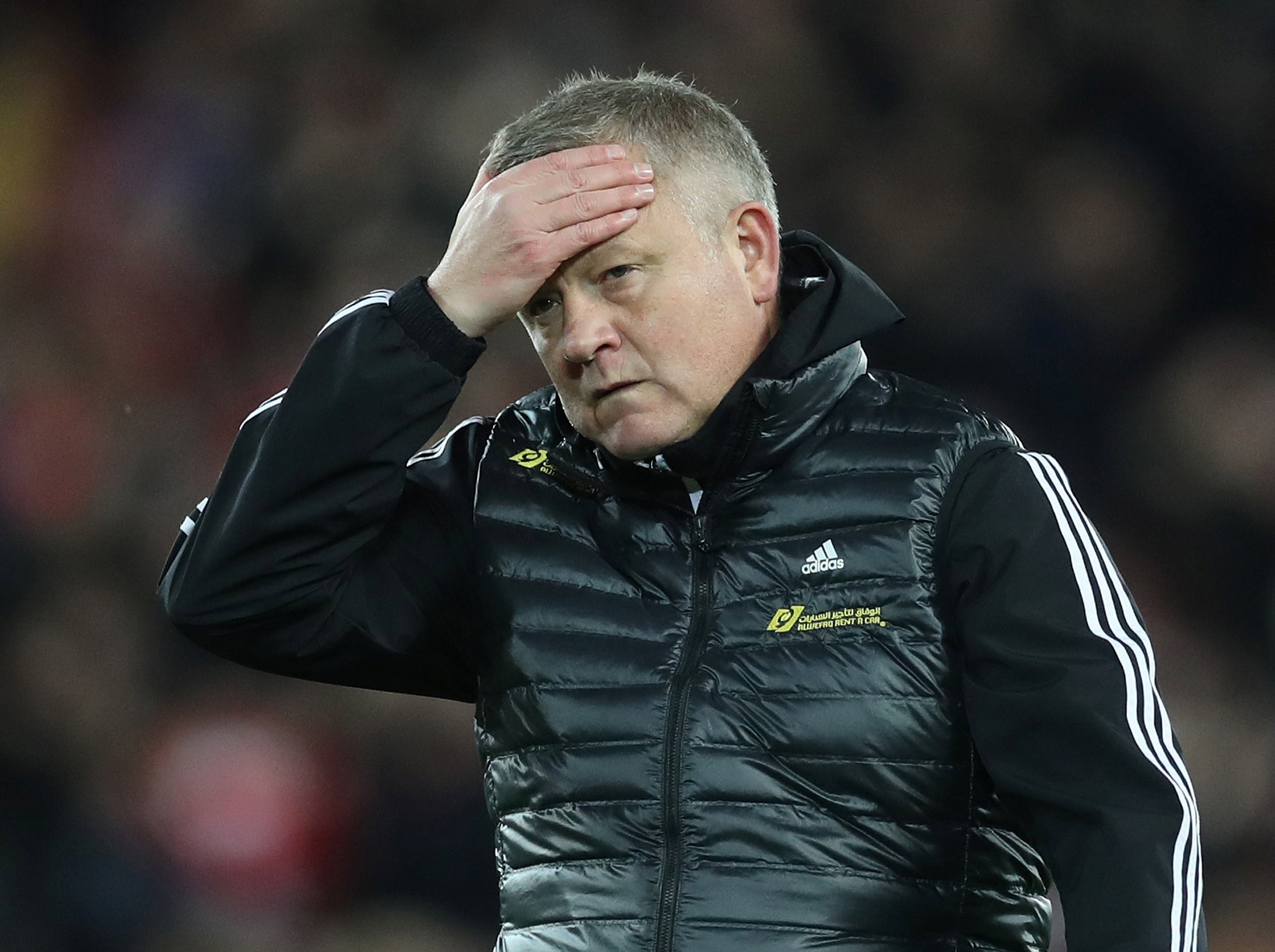 Chris Wilder labelled the failure of goalline technology as “farcical” after Sheffield United were denied victory over Aston Villa on the Premier League‘s return.

With the score goalless on the verge of half-time, Villa goalkeeper Orjan Nyland carried the ball behind his line after catching Oliver Norwood’s free-kick. However, referee Michael Oliver’s watch failed to alert him that he should award a goal.

Wilder was seen remonstrating with officials at the interval after replays clearly showed that an own goal should have been given.

“I don’t know whether to laugh or cry,” Wilder said after the game. “Speaking to the referee he said to me it had the feel of a goal and that the ball had crossed the line but obviously he has to rely on HawkEye to make the decision.

“I am laughing at the minute because that’s the only way I can look at it, it’s a bit farcical isn’t it? Already the jokes have started. I’ve just seen Del Boy with a HawkEye watch on.

“I’d expect that decision to be given on Graves Park (Sheffield), pitch 17 on a murky, foggy Sunday morning. The goalkeeper was in the Holte End, he was about eight rows back. He’d have been mullered by punters if they were in there… everybody saw it.”

Wilder also said that officials should have had the “courage” to intervene after seeing that the technology had failed. “Surely we can’t put all our eggs in one basket of somebody buying a dodgy watch from a market?” he said.

Hawk-Eye released a statement after the match “apologising unreservedly” for the error.

“The seven cameras located in the stands around the goal area were significantly occluded by the goalkeeper, defender, and goalpost. This level of occlusion has never been seen before in over 9,000 matches that the Hawk-Eye Goal Line Technology system has been in operation.

“The system was tested and proved functional prior to the start of the match… Hawk-Eye unreservedly apologises to the Premier League, Sheffield United, and everyone affected by this incident.”