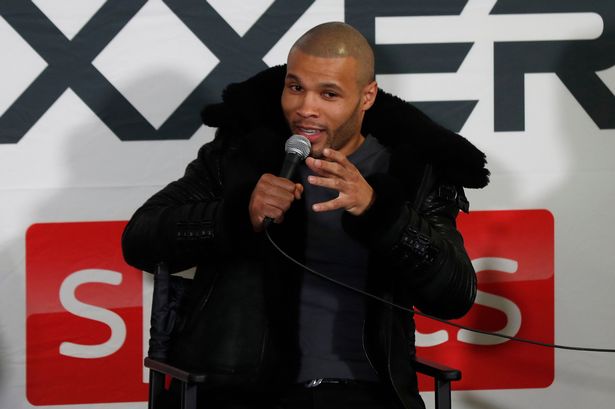 Eubank Jr has praised the influence of YouTube fighters despite being controversial to many inside the sport, and believes it helps ‘real’ fighters increase their own followings

Chris Eubank Jr has hailed the influence of YouTube fighters while insisting their presence is good for the sport.

The British star is currently preparing for his upcoming middleweight clash with domestic rival Liam Williams on February 5 in Wales.

Many in boxing consider the emergence of YouTube fighters damaging to the potential opportunities of traditional fighters.

However Eubank Jr is confident that the YouTube stars are bringing a new audience to the sport and believes they will continue to be successful as boxing is an “entertainment business”.

“I have seen all of the YouTube boxing I have been involved in and helped train KSI for his first fight against Logan Paul,” Eubank Jr said after being named an ambassador for 888 Poker.

Chris Eubank Jr has defended the influence of YouTube boxing
(

“I have been part of the Roy Jones vs Mike Tyson fight which had YouTubers fighting on there. They seem to create this new niche in the sport where they are coming into the ring with limited fights and making millions of dollars.

“You know a lot of people are upset about that, me as a fighter I have had to work extremely hard to get to the position I am in but I don’t look at these guys and think ‘that’s not fair’ or be jealous and resentful of them.

“Because at the end of the day they are having to get into the ring and fight no doubt about that, having to risk their health and reputations. Boxing is the entertainment business, if you are not excited to watch if you don’t have a following.

“It doesn’t matter how good you are, you won’t get the interest. These guys have a following and they are choosing to use it to build big fights and that in turn brings a whole new audience to the real fighters.

“A lot of the real fighters on these shows are now getting paid more to be on these cards so I have nothing really to go on with that I think is good for the sport.”

What is your opinion on YouTube fighters in boxing? Let us know your thoughts in the comments section below

Eubank Jr has joined an increasing number of fighters including heavyweight Anthony Joshua and Tyson Fury who are unfazed by the presence of social media stars in boxing.

The most prominent figures in the sport are the Paul brothers Jake and Logan who have launched successful careers being paid lucratively for entering the iron square.

Logan fought undefeated star Floyd Mayweather in an exhibition back in June last year which earned him over £15 million after he survived the distance.

Meanwhile Jake earned over £30 million for his three fights in the year against Ben Askren and two showdowns with former UFC champion Tyron Woodley.

He is confident that he can become world champion in the sport and is planning to do so before he retires.

However he has faced heavy criticism from the likes of former cruiserweight Tony Bellew who believes he should fight a “natural boxer” before boasting of his recent record.