China, in the midst of a significant upgrade of its military forces and purported arms race with the U.S., showed off a new drone that has a wingspan of nearly 70 feet and can fly continuously for almost a full day.

Known as the CH-6 drone, it is ‘aimed at high-end arms and dual-use markets,’ according to Chinese news outlet, Global Times.

The drone – built by CH UAV – can fly continuously for 20 hours and reach speeds of 435 miles per hour, the news outlet added. It can also reach heights of almost 50,000 feet.

It is the latest step in a growing arms race between China and the US, as the Chinese seek to overhaul their military.

The ruling Communist Party is pouring billions of dollars into developing fighter jets, stealth technology, drones and other hardware for its military wing, the People´s Liberation Army, as it presses claims to disputed seas and other territory.

The country has set a 2035 deadline to retool its military for modern warfare.

China still lags the U.S. in terms of tech and investment in its war machine, but experts say it is narrowing the gap, while a US intelligence report this year flagged China’s growing influence as one of America’s biggest threats. 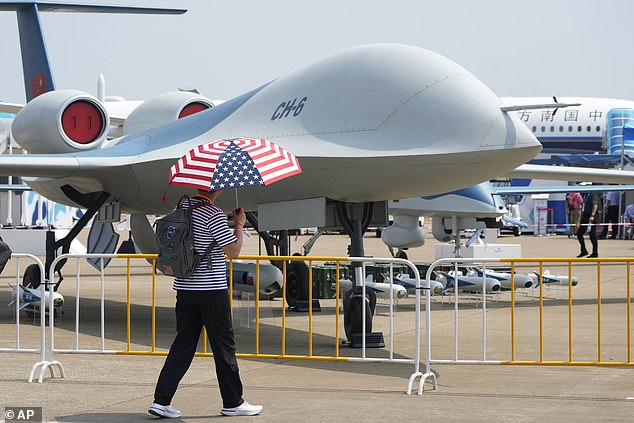 China showed off a new drone that has a wingspan of nearly 70 feet and can fly continuously for almost 24 hours. The CH-6 drone can reach altitudes as high as 15,000 meters (50,000 feet)

According to a March analysis by Bloomberg, Chinese suppliers have delivered 220 drones to 16 different countries over the past decade.

By comparison, U.S.-based suppliers have delivered less than 10, sparking concerns of an arms race.

‘Operationally, these platforms …. would be employed alongside China’s other drone and autonomous systems, as well as piloted aircraft, to provide a reconnaissance and attack capability against U.S. and allied forces operating in the Indo-Pacific region,’ Australian Strategic Policy Institute Malcom Davis said in an interview with the South China Morning Post.

China’s CH-6 drone compares to the MQ-9A ‘Reaper’ drone, both in size and operational capabilities.

China’s CH-6 drone compares to the U.S.A.’s MQ-9A ‘Reaper’ drone, both in size and operational capabilities

The unveiling of the new military hardware comes months after the U.S. has unveiled several new military drones.

In June, the U.S. Air Force said it was working on creating microdrones that are capable of flapping their wings like birds or insects to surveil warzones.

The Air Force Research Laboratory  is working with Airion Health LLC and using a 2014 patent to create a micro air vehicle (MAV) that can alter its speed and achieve ‘insect-like maneuverability’ for 21st century battlefields.

‘Controllable forces would be generated by the wings based on position and velocity profiles, resulting in time-varying wing upstrokes and downstrokes, which, at times, may be asymmetrical,’ a statement reads.

One month later, General Atomics Aeronautical Systems showed off images of a new missile-carrying air-to-air combat drone that can drop bombs in a war zone.

Earlier this month, a mysterious aircraft was spotted flying over the Philippines that some believe could be the U.S.’s ultra-secret RQ-180 stealth drone. 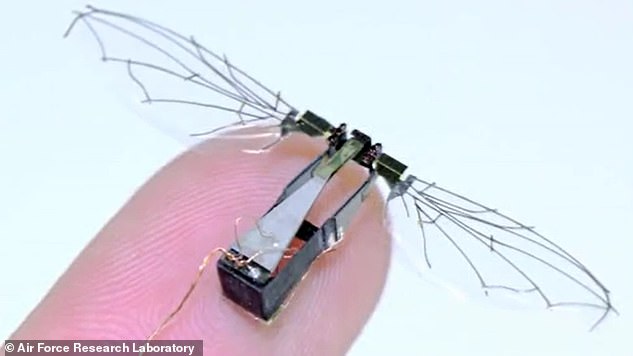 This MAV can alter its speed and achieve ‘insect-like maneuverability’ and it could be used for in-the-open surveillance, aerial swarm operations and battlefield situational awareness. A working MAV prototype will be developed within 15 months of the agreement 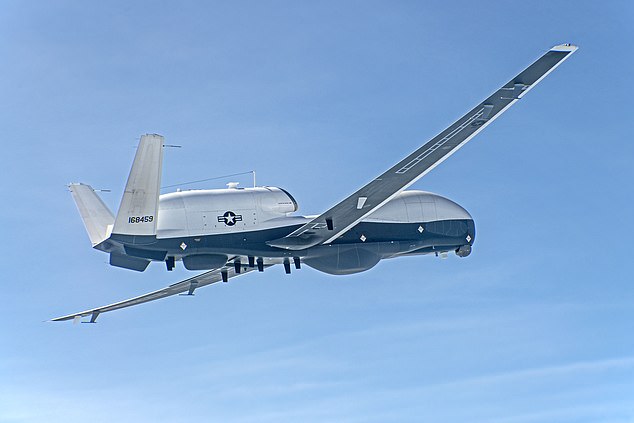 Northrop Grumman is also working on the long-awaited MQ-4C Triton drone, which has been plagued by setbacks. This drone can spend more than 30 hours in the air continuously at 55,000 ft with a top speed of 380 mph

Northrop Grumman is also working on the long-awaited MQ-4C Triton drone, which has been plagued by setbacks.

It also boasts a 360-degree field of view, capable of surveilling 2.7 million square miles in under 24 hours.

In July, the MQ-4C took its first flight in a multi-intelligence operation from the U.S. Navy and Royal Australian Air Force.

The CH-6, with its long range, could be used for a number of military and civilian missions, the South China Morning Post reported.

The drone was unveiled at the 2021 Airshow China, which started on Tuesday. 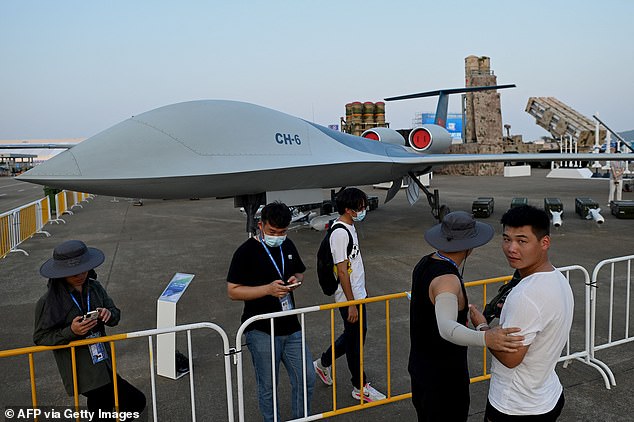 The CH-6, with its long range, could be used for a number of military and civilian missions

The CH-6 is capable of flying for 20 hours because it has two, small-to medium-sized turbofan engines.

If one engine fails, the other is powerful enough to bring it back to a base, Global Times reported.

In addition to its impressive size, it uses a modularization design, allowing for certain parts, such as engines or wings, to easily be switched out.

This makes it easier to maintain and support, Shi Wen, chief engineer and designer of the CH drone series, told the Global Times.

In addition to the CH-6, CH UAV showed off another drone, the CH-817 mini-attack drone.

The CH-817 has a weight of just 800 grams and is capable of flying approximately 15 minutes. 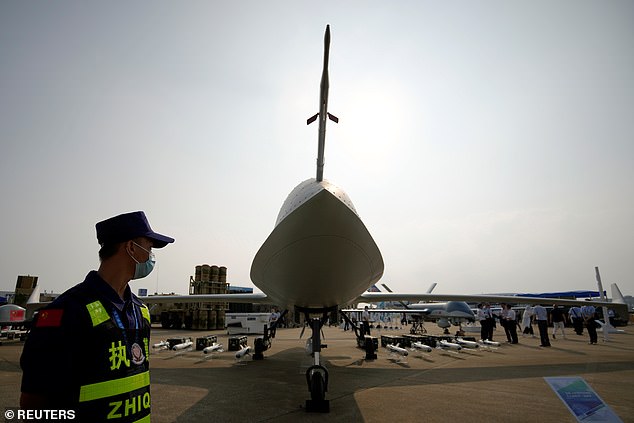 The new drone was unveiled at the 2021 Airshow China, which started on Tuesday 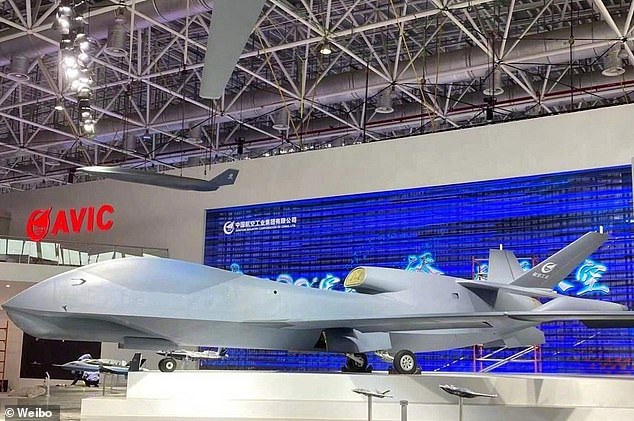 Another drone, the WZ-7 (pictured), known as the ‘Guizhou Soar Dragon,’ was also displayed at the air show.

‘We can call it a flying grenade,’ Wen was quoted as saying.

Another drone, the WZ-7, known as the ‘Guizhou Soar Dragon,’ was also put on display at the air show.

Built by state-owned Aviation Industry Corporation of China (AVIC), it has a wingspan of 78 feet (24 meters) and is approximately 45 feet (14 meters) in length.

At this size, it is one of the largest drones developed in the country, the South China Morning Post added.

Drones built by AVIC have significant selling points over competitors: they’re cheaper than those built by the U.S. or Israel, at $1 million or $2 million, compared to around $15 million for an U.S.-made drone.

‘China is willing to export armed drones to almost anyone,’ she explained.

Despite the significant increase in drone deliveries to countries around the world, China says it is not starting an arms race, but rather empowering its customers.

‘We are prudent and responsible in exporting arms,’ Foreign Ministry spokeswoman Hua Chunying said during a February press briefing.

‘This is totally different from what the United States does.’ 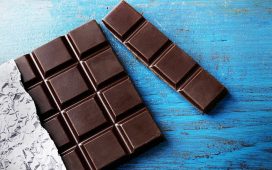 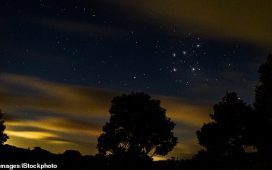 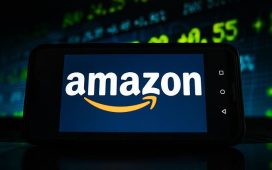 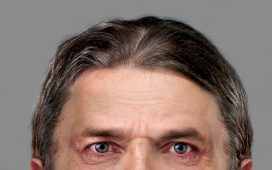 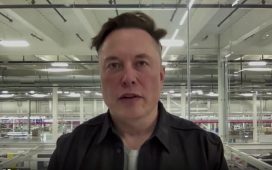 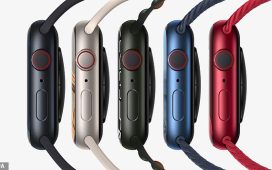