The stellar results were supported by ongoing cost-cutting that involved closure of plants as well as a brisk recovery in the beer market from April, suggesting the negative impact of COVID-19 on consumption has largely run its course. Medium- to high-end products are selling especially well and becoming the focus of competition.

China Resources Beer’s net income totaled 2.079 billion yuan ($304.6 million), up 11.1% from a year ago. The figure was the highest since 2016, when the company started to release results in yuan, shifting from the Hong Kong dollar. Sales decreased 7.5% to 17.4 billion yuan. In an August briefing via conference call, Chief Executive Officer Hou Xiaohai said the company has come a long way in reducing excess production capacity, but indicated more closures are to come.

The company shuttered a total of 28 Chinese plants in locations including Heilongjiang, Liaoning, Anhui, Sichuan and Guangdong provinces. It also closed two plants in Hunan and Jilin provinces, respectively, in the six months through June, which has left it with 72 plants in China.

As of the end of June, its annual production capacity was 19.6 million kiloliters, down 11% from the end of 2016. Employee numbers have largely halved to about 28,000 from approximately 58,000 at the end of 2016. The company’s plant in the northeastern city of Liaoyang in Liaoning Province stood empty on a recent day.

READ  Girnar Ropeway to be inaugurated today! All you need to know about Asia's longest ropeway

Overall, however, its plants still operate at just 50% of output capacity. The company plans to close three to five of them a year until 2024. It is believed the company will likely close plants in areas where they are more concentrated, including Liaoning and Sichuan provinces, which are each home to nine.

To understand why China Resources Beer has surplus output capacity, one must look at the history of the industry in China. According to a Guosheng Securities report and other sources, the country once had over 800 beer plants. China Resources Beer bought about 60 of them between 2002 to 2006, overtaking Tsingtao and becoming the nation’s top brewery in mid-2000s.

China’s beer market had been growing fast, driven by the country’s rapid economic growth, but peaked in 2013, as people developed more diverse tastes and many turned to other drinks. That forced China Resources Beer to reduce plants to cut surplus capacity. The situation was largely the same for Tsingtao, which had also been accumulating plants.

The good news for brewers is that the effect from the coronavirus pandemic has largely run its course and demand has finally started to recover. According to China’s National Bureau of Statistics, beer output decreased 35% from a year earlier in the three months to March, but increased 6% year on year in the following three-month period.

By mid-August, the company’s volume of beer sales to consumers had recovered “100%” while the recovery has reached “70% to 80%” in sales to restaurants and bars, compared with pre-pandemic levels, according to CEO Hou.

Competition in China’s beer market is centered on medium- to high-end products. China Resources Beer made the Heineken brand — it bought the Chinese business of the Dutch brewery in April 2019 — a pillar of its growth strategy and introduced a new product in May this year. And it plans to expand a Zhejiang Province plant, which manufactures Heineken beers, as early as 2021.

Meanwhile, new production lines at Tsingtao’s third plant in the city of Qingdao, the location of its headquarters, are up and running. The new lines are believed to be used for increasing output of mainly medium- to high-end products. Belgium’s Anheuser-Busch InBev, a leading global brewery and the third-largest brand in China, has launched a sales push for its mainstay Budweiser brand and other products.

According to British research company Euromonitor International, China’s overall beer sales volume in 2019 was down about 9% compared with 2014, but medium- to high-end products have increased in popularity, with sales value growing 34% over the same period. China Resources Beer’s low-cost Snow brand is priced at 4 yuan to 5 yuan per 500 milliliter can, while medium- to high-end products cost from around 7 yuan to 10 yuan.

“I used to drink Snow a lot, but I moved on to medium- to high-end products in 2018, because they are more tasty,” said Chen Xiao, a 20-something who works for a company in Dalian. 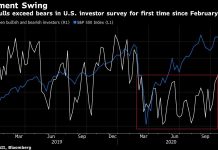 Pakistan could be next polio-free country: WHO 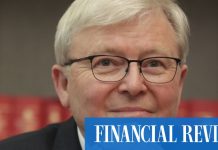