CHINA has warned Britain and other Western powers off sending warships to the South China Sea, saying it would take “necessary measures to safeguard its sovereignty”.

It comes with the UK’s newest aircraft carrier, HMS Queen Elizabeth, expected to be deployed to the region in the coming months as part of its first operational mission.

Last year saw rising tensions between China and the West over China’s handling of the coronavirus pandemic, its repression of protests in Hong Kong, and control over the South China Sea.

The US frequently sends ships though the South China Sea to challenge China’s claim to the region, and there is speculation that Britain will do the same when HMS Queen Elizabeth becomes fully operational.

At a monthly press conference in Beijing on Thursday, Chinese defence ministry spokesman Tan Kefei was asked about the plans, the South China Morning Post reports.

“The Chinese side believes that the South China Sea should not become a sea of great power rivalry dominated by weapons and warships”, he said.

He added that the “real source of militarisation in the South China Sea comes from countries outside this region sending their warships thousands of kilometres from home to flex muscles”.

READ  Girl, 13, beheaded with a HOOK in India for ‘refusing to have sex with her neighbour from a higher caste’

“The Chinese military will take necessary measures to safeguard its sovereignty, security and development interest as well as peace and stability in the South China Sea,” he said.

The region also has large fish stocks as well as huge reserves of oil and gas.

Who is Charles Sobhraj and where is he now?

Following a complaint brought by the Philippines, a tribunal conducted by the Permanent Court of Arbitration in The Hague in 2016 found “no evidence that China had historically exercised exclusive control over the waters or their resources.”

READ  Evil babysitter, 34, who raped girl, 6, then strangled her with her pyjamas launches appeal bid

The ruling said that there was “no legal basis for China to claim historic rights to resources within the sea areas”. 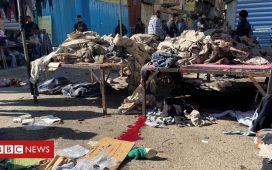 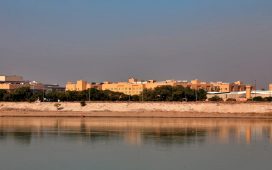 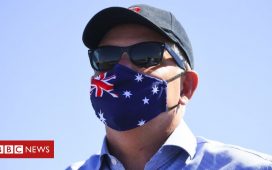