NEWSCABAL
Home » China unveils plans for Mars base, ‘sky ladder’ and fleet of spaceships in ambitious plan to DOMINATE space by 2043
world

China unveils plans for Mars base, ‘sky ladder’ and fleet of spaceships in ambitious plan to DOMINATE space by 2043


CHINA has unveiled plans for a base on Mars with regular flights to the Red Planet in a bid to dominate space by 2043.

The ambitions plan also includes a “sky ladder” to help transport humans and goods to the planet a tiny fraction of the current cost.

The Mars plans were disclosed in detail for the first time after China landed a robotic rover in mid-May in its inaugural mission to the planet.

They involve three stages – robots to firstly collect samples and look for a suitable base, then a manned mission the planet followed by construction of a colony.

Before the crewed missions begin, China will send robots to Mars to study possible sites for the base and to build systems to extract resources there.

For human inhabitation on Mars, crews would have to be able to use the planet’s resources, such as extracting any water beneath its surface, generating oxygen on-site and producing electricity.

China must also develop technology to fly astronauts back to Earth.

Its Mars plan envisages fleets of spacecraft shuttling between Earth and Mars and major development of its resources, Wang said.

To shorten the travel time, spacecraft would have to tap nuclear, in addition to traditional chemical propellants.

China would have to accomplish round trips with a total flight time of “a few hundred days”, he said.

There are even plans for a “sky ladder”, based on the concept of the space elevator, Global Times reports.

The idea has been around for more than a century but has gained traction in recent years due to advances in material science.

Under the Chinese idea, the a manned or cargo space capsule would along a carbon nanotube “ladder” to reach a space station before it is relaunched.

To build it, space engineers would have to assemble a huge space station at geostationary orbit and work down.

OFF TO VISIT HAZ?

Brit, 20, covered in blood as she’s hit with CHAMPAGNE bottle in sunbed row

They would slowly build a cable from the station down to Earth, where it would be affixed to a weight at the surface.

A concrete foundation would need to be on the equator, meaning it could not be built in Europe or the United States.

The U.S. space agency NASA has been developing technology to get a crew to Mars and back sometime in the 2030s. 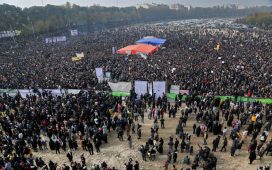 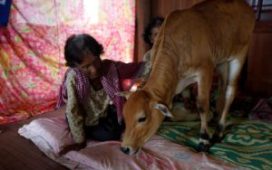 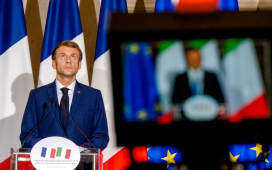 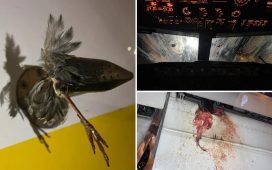