CHINA has issued what’s thought to be the world’s first Covid vaccine passport.

In a boost to international travel, Beijing also plans to accept other countries’ vaccine health certificates being used by passengers.

They’re being hailed as the world’s first virus passport, with similar schemes planed in Britain, the US and the EU.

Ministry spokesman Zhao Lijian said: “The pandemic is still with us, but the world economy needs to be restarted and people-to-people exchanges resumed with no more delays.”

China is also set to discuss mutually recognised systems for travellers’ health codes with other countries, he said.

The passports are available for Chinese citizens to download on social media platform WeChat.

Travellers can use them to enter and leave the country.

But so far, just 3.65 per cent of China’s population has been vaccinated.

China hopes the passports, which also show antibody test results, will be recognised by other countries and open up global travel.

But it isn’t clear yet which countries will accept the electronic health certificate codes.

It comes as the International Air Travel Association, which represents 290 airlines, is set to launch an app that allows immigration authorities to share travellers’ Covid vaccination data.

Singapore Airlines will test run the app on its Singapore to London flights from March 15.

Up to 30 more airlines will roll out the app over the next two months.

Denmark and Sweden are among other countries developing their own health passports.

Vaccine passport proposed by some governments would include an option which states if someone has had a negative Covid test 72 hours prior to travel.

The World Economic Forum and the Commons Project Foundation, a Swiss nonprofit group, are currently testing a version called CommonPass.

This would allow travellers to access their testing or vaccine information with a smart phone which would then display a QR code which local authorities in your destination of choice would scan on your arrival.

Queen refuses to back down on Megxit terms despite Oprah interview

In the UK, the government is considering the vaccine passports for pubs and restaurants.

They could even be needed to go to the cinema and theatre under plans being pushed by some ministers to help get “dying” businesses open again faster.

Whitehall officials have been drawing up plans to use vaccine passports to let Brits jet off abroad for their summer holidays.

But some fear they could discriminate against people who are medically unable to have the vaccine. 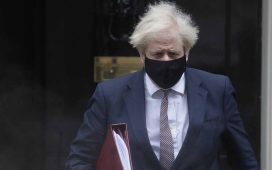 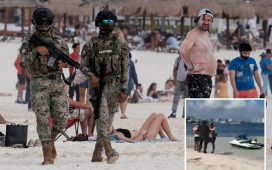 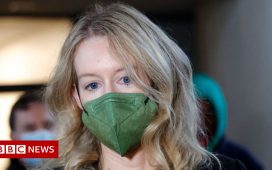