BEIJING (Reuters) – Chinese internet search giant Baidu (BIDU.O) beat expectations for quarterly profit and revenue on the back of strong growth in its core online advertisement business, easing the pressure of funding a major expansion into new technology areas.

Consecutive quarters of strong profits also show Baidu has learnt to navigate regulatory potholes in China after previous missteps even as competitors suffer temporary bans and fines for failing to censor content.

Net income rose 45 percent to 6.4 billion yuan, or 18.14 yuan per American depositary share, compared to an estimated 13.4 percent rise by 18 analysts, according to Thomson Reuters I/B/E/S.

Several competing video platforms and feeds have been impacted by censorship restrictions in recent months, including Bilibili Inc (BILI.O), which saw its stock drop almost 4 percent since last week after announcing its app would be temporarily removed from app stores by authorities.

“We are able to maintain a high standard and a close dialogue with regulators,” Robin Li, Baidu’s chief executive, said on a call with analysts on Wednesday, referring to the company’s news feed. “We’ve seen changes or fluctuations from time to time and we are able to cope with that going forward.”

Baidu has more than doubled its profits in several recent quarters. That followed a rough period in 2016 when a Chinese government crackdown on suspect medical ads gutted Baidu’s search ad business.

The firm has since sold off its food delivery business and folded its group buying site Nuomi and other units.

It is spending heavily to boost its artificial intelligence (AI) and auto businesses. Baidu announced a 10 billion yuan autonomous driving fund last year and has launched new projects including AI chips, smart speakers and ad features. It has also opened a series of new AI labs in China and the United States.

Its most promising bets in AI and autonomous driving, though, are still at nascent stages meaning margin growth will be constrained for some time, analysts say.

“The company continues to pursue new engines with AI and newsfeed for long term growth. As a result, we believe the margin will not see any expansion in the foreseeable future,” TH Data analyst Tian Hou said in a research note ahead of the earnings.

Investors were rattled recently when the head of Baidu’s AI drive, Lu Qi, stepped down as chief operating officer in May, sending the company’s stock down 9.5 percent.

The company said it expects third-quarter revenue of 27.37 billion-28.77 billion yuan, representing an increase of 23-30 percent year-over-year, higher than an estimated 18.9 percent rise by 18 analysts, according to Thomson Reuters I/B/E/S.

U.S.-listed shares of Baidu, which reported results after market hours, were up 1.7 percent in after-hours trading. After surging nearly 43 percent last year, they are up just 5.5 percent so far this year.

Reporting by Munsif Vengattil in Bengaluru and Cate Cadell in Beijing; Editing by Arun Koyyur and Muralikumar Anantharaman 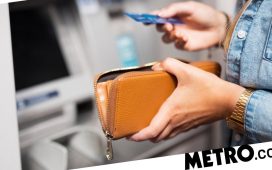 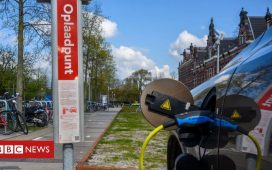 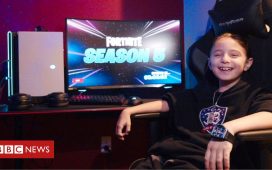 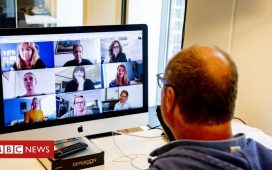 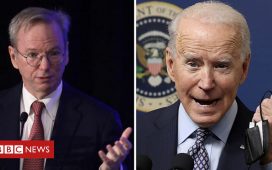