THIS is the haunting final moments of an air steward before she was allegedly gang-raped and murdered in a hotel room.

Christine Angelica Dacera, 23, was found dead in a bathtub on New Year’s Day in Makati, the Philippines.

Her shocking death has led police to charge 11 men she was partying with.

Newly released CCTV shows the 23-year-old going to her room with at least three men.

In the pictures, she is seen not wearing any shoes and holding a glass of wine after partying in the City Garden Hotel.

One of the men charged, Gregorio de Guzma has told ABS-CBN News that he is gay and had no involvement in the alleged rape and killing of Christine.

He said: “For me, I’ve never had sexual relations with a woman. I’ve never been aroused by a woman. Always a man. Many can testify to that.”

Speaking of the men who partied with the air steward, he added: “Every one of them was gay.”

The charges came after “lacerations and sperm” were found in the victim’s private parts.

Christine’s body was also covered in scratches and bruises.

The Philippines Airlines stewardess was rushed to hospital by three pals who found her unconscious in the bath.

They had performed CPR on her but she failed to respond and was declared dead on arrival at a hospital in Makati.

Police chief Harold Depositar said that most of the men were “practically strangers” to the victim.

He told The Philippine Daily Inquirer: “Only three of them were Dacera’s friends.”

An autopsy showed Ms Dacera’s death was caused by a ruptured aortic aneurysm.

Mr Depositar went onto say the aneurysm may have been caused by strenuous activity and a high level of alcohol in her blood.

He said: “For sure, there was force inflicted on her body because we found contusions in her leg and knees, and there’s an abrasion in her thigh,” and that semen had been found “in multiple places in the hotel rooms”.

Christine’s family are pushing for a second autopsy after claiming the first one was incomplete, ABS-CBN reports.

They claimed the 23-year-old “had already experienced intoxication and complained that her drinks appeared to have been spiked” during the party.

Can you spot one of the world’s most venomous snakes hiding in this garden?

The family’s lawyer, Brick Reyes reportedly said they believed the young victim was drugged and abused before her death.

He said: “We also believe that maybe the aneurysm was a proximate cause but it is also very possible it was triggered by the assault prior to her death.”

Philippines’ Commission on Human Rights said it would also carry out its own probe into the case. 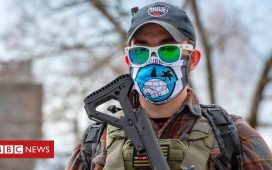 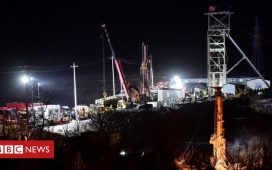