Covid has hit children in the North the hardest, leaving them facing worse health and educational outcomes than their peers, according to a damning new report.

Academics found that northern youngsters were victims of stark inequalities – with children more likely to suffer ill health, to do worse in school, and to live in care or poverty.

The Child of the North report found children across the region had a 27% chance of living in poverty compared to 20% in the rest of England.

Infant mortality and childhood obesity rates were also higher in North East, North West and Yorkshire and the Humber.

The grim findings comes as the Government’s levelling up white paper was delayed until next year – despite promises it would set out its plans before Christmas.

The report found that funding cuts to Sure Start children’s centres before the pandemic saw spending slashed by £412 per eligible child in the North, compared to only £283 in the rest of England.

Children spent months out of school during the pandemic
(

Only 14% of northern children received four or more pieces of offline schoolwork per day, compared with 20% country-wide.

Pupils in the North East and Yorkshire and Humber lost four to five times more learning in primary maths compared to areas in the South.

A total of 23% of parents in the North reported that their child was “often” lonely compared to 15% in the rest of the country.

The study estimated the loss of learning in the North, experienced over the course of the pandemic, will cost an estimated £24.6 billion in lost wages over lifetime earnings.

Professor Clare Bambra, one of the report’s authors from Newcastle University, said: “For too long, a lack of investment in key services in the North have meant that our children have suffered disproportionately.

“They are more likely to suffer ill health, to have lower educational attainment, and to live in care or poverty.

“The Covid-19 pandemic has worsened these inequalities and it will cast a long shadow across generations unless we act now.”

Kate Pickett, Professor of Epidemiology from York University, said: “Levelling up for the North must be as much about building resilience and opportunities for the Covid generation and for future children as it is about building roads, railways and bridges.

Boris Johnson has faced calls to boost catch-up for children
(

“But the positive message of this report is that investment in children creates high returns and benefits for society as a whole.”

The authors made a wide range of recommendations including calling for a £10 per child per week uplift in child benefit, bringing in free school meals and permanently feeding children during holidays, a campaign England footballer Marcus Rashford has led in the past.

“The pandemic threatens to cast a long shadow over children’s lives. Ministers should be making a generational effort to help them recover, not standing by while existing inequalities are deepened.

“Children in the North and across the country deserve better than meaningless political slogans.

A Department of Education spokesperson said: “Our ambitious recovery plan continues to roll out across the country, with £5 billion invested in high quality tutoring, world class training for teachers and early years practitioners, additional funding for schools, and extending time in colleges by 40 hours a year.

“We’re supporting the most disadvantaged, vulnerable or those with the least time left in education – wherever they live – to make up for learning lost during the pandemic.” 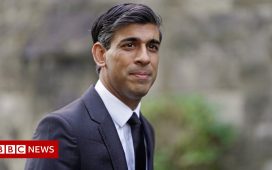