Small investors who sank millions of pounds into a “burrito bond” scheme were this week told they could face losing 90% of their money – or 99% if the company goes into administration. The Guardian revealed on 14 November that UK-based Mexican restaurant chain Chilango was in talks about the future of the business.

That was a blow for the hundreds of people who, as recently as April, signed up for its multimillion-pound mini-bond scheme, which promised returns of 8% a year. The website promoting the bond offer had declared that “100%” of its restaurants were profitable.

This week the news got a lot worse. The company has proposed a financial restructuring known as a company voluntary arrangement (CVA) – and documents sent to creditors and seen by Guardian Money show the business’s debt burden is unsustainable, and that if a restructuring does not take place, the company is likely to enter administration or liquidation.

The shake-up could see the bondholders receiving just 10p for every £1 they invested.

Chilango, which has 12 UK outlets, 10 in London, raised £2.1m via the first version of its burrito bond in 2014. Just over a year ago Chilango launched a second burrito bond, and in April announced it had pulled in more than £3.7m from almost 800 investors – including 194 people who put in at least £10,000 each.

Issuing mini-bonds is a way for a firm to borrow directly from the public, and they have proved popular with small investors desperate for better returns. You get a fixed interest rate and, when the bond matures, your capital is returned to you. But they are risky and controversial.

READ  Business rates under fire amid steep rise in arrears

The documents show that the Chilango bondholders are being offered a choice. They can back the restructuring and either transfer their investments into shares in the company or receive a payment of just 10p in the pound “in full and final settlement of their debt”. Or they can vote against the shake-up.

Going for the shares sounds like a no-brainer, particularly when you bear in mind these are presented as paying an 8% annual dividend (though this would be “as and when the company can afford it”). But, crucially, the shareholders have to agree to the creation of this new class of preference shares, and it seems far from certain that they will give their consent. That’s because these new shares would rank above ordinary shares in the pecking order if, say, the company was sold. If the shareholders don’t agree, the bondholders will have to make do with 10p in the pound.

The documents warn that “the return to creditors generally is estimated to be significantly lower if the company is placed into administration (0.83p in £1) than if the proposal is approved”.

They say the company needs “to address significant cashflow challenges, including a sizeable forecast deficit from January 2020 totalling £0.3m”.

Following the announcement of the CVA, Chilango said it had “begun a process of engagement with its stakeholders with a plan to secure the future of the business”. 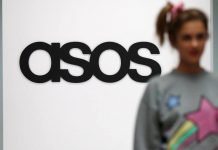 Sainsbury’s departing singing executive will have hoped for better

Sainsbury's chief executive Mike Coupe to step down in May