'Chicken Licken' views will hold us back, says Bank economist


Pessimistic “Chicken Licken” views about the economy are in danger of holding back the UK’s post-lockdown economic recovery, according to Bank of England economist Andy Haldane.

“Encouraging news about the present needs not to be drowned out by fears for the future,” he said in a speech.

He compared negative forecasters to the children’s storybook character who feared the sky would fall.

“Now is not the time for the economics of Chicken Licken,” he said.

“My concern at present is that good news on the economy is being crowded out by fears about the future,” he added.

“Collective anxiety is as contagious, and could be as damaging to our well-being, as this terrible disease.”

Mr Haldane said the UK faced an “unholy trinity of risks from Covid, unemployment and Brexit”, but it was important not to overlook the economy’s quicker-than-expected recovery from lockdown.

“The economy has already recovered just under 90% of its earlier losses. Having fallen precipitously by 20% in the second quarter, we expect UK GDP to have risen by a vertiginous 20% in the third quarter – by some margin its largest-ever rise,” he said.

However, he admitted that the economic news had not all been positive, with job losses continuing to mount, while the recovery in consumer spending had not been matched among businesses.

His latest intervention comes amid growing speculation that the Bank of England is contemplating cutting interest rates so much that they fall below zero.

Different members of the Bank’s Monetary Policy Committee have put forward both sides of the argument in recent days.

In his speech on Wednesday, Mr Haldane said none of the conditions that would justify negative interest rates had been met. 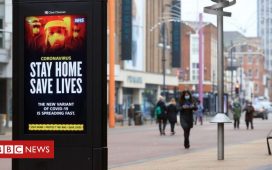 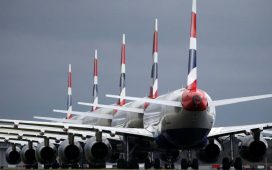 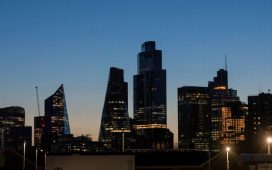 Fintech offers UK a way out of the Brexit bind