For British television and film, Europe is the second biggest market after the US – with Chernobyl, His Dark Materials and The Feed featuring among popular recent UK shows on the continent.

Chernobyl, the Emmy award-winning historical drama, was a Sky Studios production bought by OCS City for a French audience, Sky Atlantic for the Germans and Italians and HBO for the Poles, Spaniards and Swedes.

The Feed, a 10-episode science fiction drama based on Nick Clark Windo’s book of the same name about futuristic brain implants gone wrong, was snapped up by the StarzPlay network for the French, Germans, Italians and Spanish.

Other must-watch British TV in Europe includes the BBC Studios productions His Dark Materials, based on Philip Pullman’s novel series of the same name, and Dracula, the drama-horror television miniseries produced by Mark Gatiss and Steven Moffat.

When it comes to factual programming, The Great British Bake Off is the big earner, finding audiences across Europe.

The French version, Le Meilleur Pâtissier, or “The Best Baker”, aired at 9pm on a Wednesday evening with an average audience last year of 3 million people an episode. This year, a 10th series will be aired in Sweden (TV4) and Denmark (DR). The finale of the last season of Den Store Bagedyst, “The Great Baking Contest”, in Denmark received a 71.8% share of the television audience.

Video-on-demand platforms, such as Netflix and Amazon, are the biggest buyers, accounting for 38% of all international sales of UK content in 2019/2020, followed by free TV (32%) and pay TV (29%). But the UK also has a rich archive of material which is enjoyed in Europe, such as Monty Python, Midsomer Murders, MasterChef, Mr Bean, The Crown and Downton Abbey.

Doggerland: Lost ‘Atlantis’ of the North Sea gives up its ancient secrets 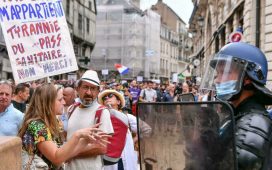 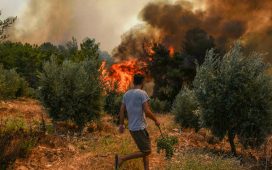 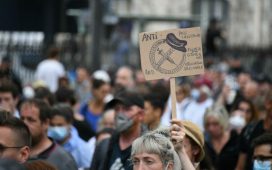