NEWSCABAL > sports > Chelsea's forwards not yet at level of Hazard and Costa, warns Lampard
sports


Frank Lampard has warned there could be tough times ahead for Chelsea in attack, saying that his young forwards remain unable to replicate the consistency of Diego Costa and Eden Hazard.

Although Chelsea returned to winning ways with a 1-0 victory over Fulham on Saturday, they lacked creativity despite playing the entire second half against 10 men. Mason Mount’s winner arrived late and there was time for Timo Werner to miss a fine chance, extending the £47m forward’s goalless run in the Premier League to 10 games.

Yet while Werner’s woes are part of a collective malaise that has left Chelsea five points off fourth place before visiting Leicester on Tuesday, Lampard believes the ruthlessness will come. The manager stressed that he is developing raw talents rather than relying on “goal or assist machines” like Costa and Hazard, whose partnership helped Chelsea win the title in 2015 and 2017.

“When people were touting us as title challengers, we do have a squad when you look at the composition of it,” Lampard said. “But it’s very young, particularly in the forward areas, and we don’t have the history of players in those areas that this club has had before that are goal machines or assist machines that win you games.

“With our team it’s potential. It may be tough moments going forwards. We haven’t got Eden Hazard contributing 50% of goals or assists. We haven’t got a Costa scoring 30 goals. We are developing players and I believe in them strongly.”

Lampard’s squad contains Olivier Giroud, the 34-year-old France striker, and Hakim Ziyech, a 27-year-old who reached the last four of the Champions League with Ajax in 2019. Werner, 24, scored 34 goals in all competitions for Leipzig last season. Yet Kai Havertz, Mount, Christian Pulisic and Callum Hudson-Odoi are in their early 20s.

Chelsea are in transition. Times have changed since Brendan Rodgers, who has lifted Leicester to third, said that he did not want to destroy his career after being asked if he would manage the west Londoners in 2012.

“We are not the Chelsea when Brendan made those quotes,” Lampard said. “They were at the time when Chelsea had Drogba, Cech, Terry. It would have been a team that was always challenging and the benchmark was different.”

Havertz, an unused substitute against Fulham, has made a slow start since joining from Bayer Leverkusen. Yet there is an argument that Hudson-Odoi should start against Leicester given that seven of Chelsea’s last eight goals have come with the 20-year-old on the pitch. “He is making assists and scoring goals,” Lampard said. “He’s getting his chances and will get more.”

Lampard is also focused on trimming Chelsea’s squad this month. Milan are close to signing Fikayo Tomori, on loan with an option to buy the centre-back for £26.7m and Danny Drinkwater has joined Kasimpasa of the Turkish Super Lig until the end of the season.

Meanwhile, Danny Drinkwater has a chance to revive his career after completing his loan move to Kasimpasa until the end of the season. The midfielder will hope to prove himself at the Turkish Super Lig side after enduring a difficult time since joining Chelsea in 2017.

Drinkwater’s stock has fallen since he played a pivotal role in Leicester City winning the Premier League title in 2016. He moved to Chelsea for £35m a year later but has made only 23 appearances for the west Londoners.

The 30-year-old, who has 18 months left on his contract, has not made a competitive appearance for Chelsea since appearing in their defeat to Manchester City in the Community Shield in 2018. He has not been involved with the first team under Frank Lampard and endured further setbacks when loan spells with Burnley and Aston Villa last season failed to work out.

However Kasimpasa, who are 15th in a 21-team league, have decided to offer Drinkwater the chance of a fresh start. Chelsea will pay a substantial portion of his £110,000 a week wages. 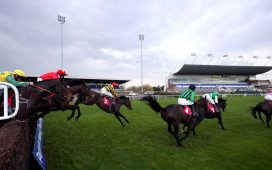 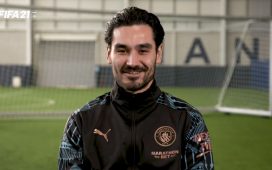 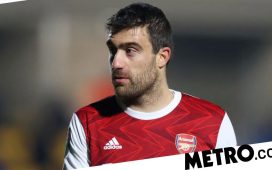 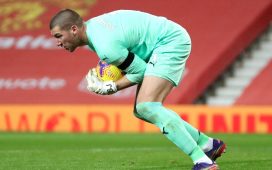