Chelsea are unwilling to give up on Erling Haaland, despite any prospective transfer likely to cost more than £150million.

The Borussia Dortmund striker is the most sought after forward in world football after a stunning season saw him score 41 times in as many games.

A number of clubs have been linked with signature, despite Dortmund’s insistence that their prized jewel is not for sale.

With Thomas Tuchel looking to upgrade his options going forward, the 20-year-old fits the bill perfectly.

According to the Telegraph, Blues bosses are ‘intensely working’ on a transfer, although they accept a deal will be extremely difficult to complete.

Chelsea were named as one of the teams in the race for Harry Kane, but with Manchester City the favourites to sign him and Romelu Lukaku set to stay with Inter Milan, their options are limited.

The report claims the Champions League winners are hoping to include Tammy Abraham in any potential swoop and have sounded out the Germans over potentially taking him.

Even if Dortmund continue to play hardball, it is suggested that if they are given enough encouragement from the player’s camp, they could look to test Dortmund’s resolve.

It has been acknowledged behind the scenes at Chelsea however, that a move for Haaland would be very difficult to complete, with his salary likely to smash their existing wage structure.

“We are still planning with him. He will play for us next season,” Zorc told Sky Sports in Germany.

The player’s agent Mino Raiola, painted a different picture however, hinting that Haaland and himself would have the final say.

“I can confirm that I was in Dortmund for talks,” he said

“Michael Zorc made it clear to us that BVB Erling does not want to sell this summer. I respect this opinion, but what does not automatically mean that I also agree.”

Tuchel is yet to make his first splash as Chelsea manager, having arrived at the end of the January window.

But after making a host of signings last summer, the German has stated it will be a case of quality over quantity this time around.

“That you always bring new energy, new guys who question the old beliefs, who challenge everybody in the training and in matches, so I think it’s a good thing.

“We don’t need another seven and another complete turnover because it’s also our job to keep on improving, because we have still a young squad and it’s not about stealing from them the chance to prove it again that they are capable of growing and evolving.

“But we have some ideas, of course, to make the group stronger and I think this can always be a positive thing to challenge all of us.” 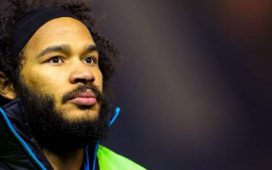 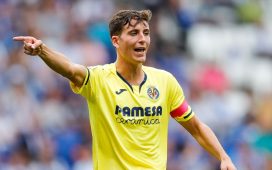 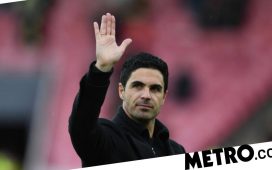 Eoin Morgan says historical tweets have been ‘taken out of context’ 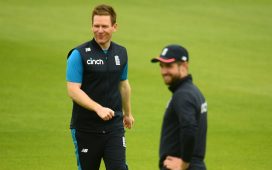