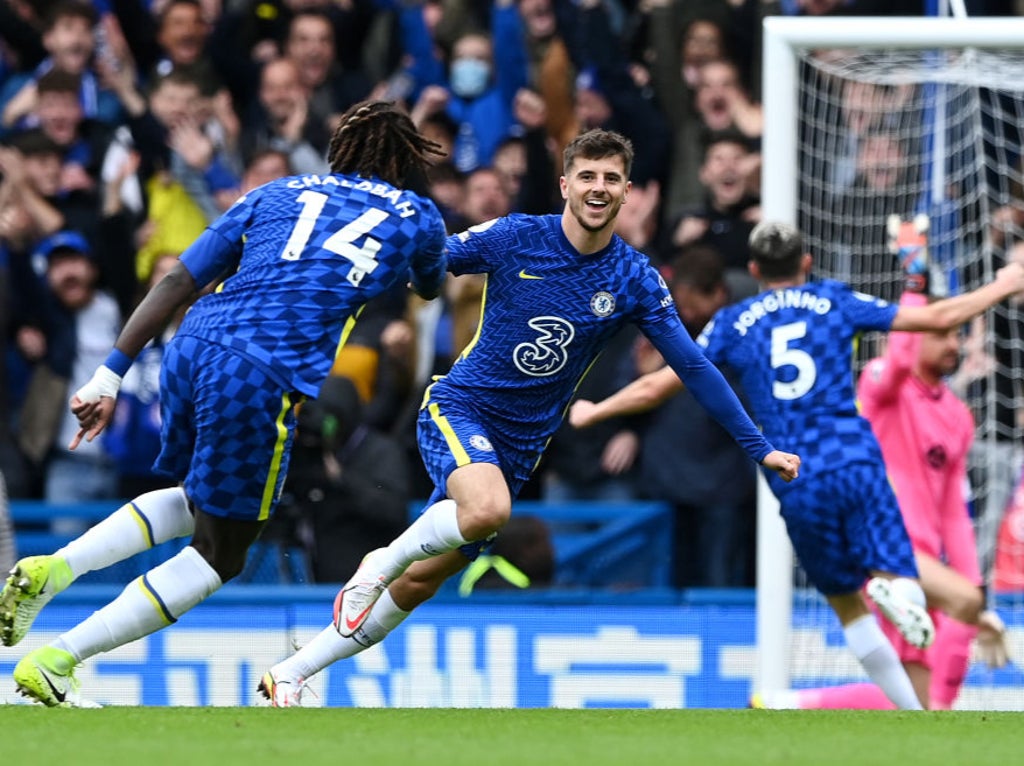 Follow all the action as Chelsea host Norwich City in the Premier League in Saturday’s early kick-off.

Thomas Tuchel’s side enters the weekend top of the table, having taken 19 points from a possible 24 this season, and are full of confidence after sweeping aside Malmo in the Champions League during the week. Their victory was marred by significant injury blows, though, with both Romelu Lukaku and Timo Werner ruled out. That means Kai Havertz should return to the starting XI while Callum Hudson-Odoi will have a rare chance to impress from the outset. “It’s only a turning point if he makes it a turning point – and only if he does not only do one good match, one good half, 60 good minutes, but if he does it consistently,” Tuchel said of the winger.

Meanwhile, Norwich have endured a difficult start upon their return to the top-flight. The Canaries are bottom of the table, having lost six out of eight matches, and are yet to secure a victory. To break that streak this afternoon, it will take a truly momentous performance. Follow all the latest updates below:

45+1 mins: Three goals in that first half for Chelsea and they head into half-time with the points all but secured. It could yet get worse for Norwich who have been passive and unthreatening. The match is a glorified training session for Chelsea. Norwich need to try something different.

45 mins: Just one minute of added time to play. Norwich will want to get into the break.

42 mins: They’ve got three! It’s not Rudiger but Reece James who gets the third. Chelsea work the ball from the left wing over to the right. Kovacic to Jorginho to Mount. He threads the ball into the box for James who outpaces Giannoulis, gets to the ball and then chips it over the goalkeeper with a finish worthy of any centre-forward!

39 mins: If desire and intent measure the likelihood of a goal than Antonio Rudiger will score today. He’s made a number of brilliant runs up from centre-back without his slacking in his defensive duties. He sends a deflected shot straight at Krul.

36 mins: A change in tactic from Norwich who boot it long towards Teemu Pukki. Chilwell heads the aerial ball to Hudson-Odoi who’s cuaght in possession by Kabak. Hudson-Odoi goes down wanting a free kick but play goes on with Kabak knocking the up before shooting from just outside the penalty area. He goes for goal but the shot is always rising and goes over the crossbar.

33 mins: Chelsea win the ball from a Norwich throw in and send it to Mount. He starts his run from his own final third and carries the ball up the inside right channel. Norwich’s defenders drop off him and allow him to reach the front right corner of the penalty area. Havertz makes a run off the ball, cutting in from the right and Mount attempts to play him in but Hanley steps up at the right moment to stop the pass and clear the defender. Good defending from him.

30 mins: Dimitris Giannoulis makes a nice run down the left and swings it a fairly decent cross. Aarons is arriving from the right but Ben Chilwell leaps in front of him and heads the ball clear for Chelsea.

Hudson-Odoi takes on Kabak and shimmies inside of the defender. He picks out Mount on the right side of the penalty area and his shot flies straight at Krul who keeps it out.

27 mins: Norwich just aren’t being allowed to play on the ball. They do well to stop an attack through the middle and send the ball over to Max Aarons on the right side. He looks up and drives down the wing but is quickly caught by a back-tracking Hudson-Odoi who, with help from a covering Kovacic, wins back the ball.

24 mins: Callum Hudson-Odoi is the 17th person to score for Chelsea this season which is more than any other Premier League side. Mason Mount was the 16th with his opener.

Jorginho scoops the ball into the box for Reece James on the overlap. He keeps it in play and wins Chelsea a corner.

21 mins: Thomas Tuchel will be very pleased with that one. Hudson-Odoi has been a bright spark for Chelsea since kick off and his display so far deserved a goal.

Chelsea haven’t even got out of second gear yet.