Follow all the action as Chelsea host Leicester City in the Premier League this evening.

Brendan Rodgers’ side’s Wembley celebrations are still fresh after Youri Tielemans’ stunning long-range strike saw the Foxes lift the FA Cup for the first time in their history last Saturday. However, they can ill-afford to let their focus slip tonight in a fixture with huge ramifications for the top-four race. After Alisson’s late heroics against West Brom, Liverpool will be guaranteed Champions League football next season if they win their two remaining fixtures.

That means Chelsea must win tonight to ensure their fate remains in their own hands, while a draw would still leave them relying on favours from elsewhere. The Blues will, of course, still qualify for the Champions League if they can defeat Man City in the final in Porto later this month. Leicester, meanwhile, fell short at the final hurdle last season, finishing fifth after a dismal run-in, and will be desperate to avoid repeating those mistakes. Their pathway is clear: triumph over Chelsea again tonight and their top-four spot is secure: Follow all the action live below at the conclusion of Manchester United vs Fulham:

76 mins: Goal! Mateo Kovacic is caught in possession deep in his own half by Wilfred Ndidi who plays a quick pass into the box. Kelechi Iheanacho is wide open and he guides the ball past the outstretched hand of Edouard Mendy to give Leicester some hope.

72 mins: A rare mistake from Mason Mount as Chelsea break on the counter attack. He brings the ball forward before attempting to play Timo Werner into the left side of the box but his pass is wayward and goes straight into the hands of Kasper Schmeichel.

69 mins: Ricardo Pereira is on for Leicester having replaced Marc Albrighton. Can Leicester find a way back into this game or have Chelsea got an unassailable lead?

GOAL! Jorginho converts from the spot

67 mins: Goal! Jorginho steps up for Chelsea, he jumps and rolls the ball into the bottom corner as cool as you like. Chelsea have a two-goal cushion and look in complete control.

66 mins: Timo Werner is brought down in the box by Wesley Fofana and after a quick VAR check the penalty stands!

63 mins: Leicester do look a little tired, they haven’t been as sharp as they were on Saturday. A hangover effect perhaps. Marc Albrighton wins a corner but doesn’t beat the first Chelsea defender in the box.

60 mins: Antonio Rudiger is loving having the fans back. He goes on a storming run, dribbling past three or four Leicester defenders over on the left wing and then cuts inside where he wins a free kick from late tackle off Youri Tielemans.

56 mins: Thiago Silva defends a free kick that Youri Tielemans whips into the Chelsea box. Silva heads the ball out for a throw in. Wilfred Ndidi meets the ball with a run in the box but knocks his headed effort wide of the near post.

53 mins: With three goals Antonio Rudiger has scored more Premier League goals against Leicester City than he has against any other team. Mason Mount is clattered trying to win the ball off Ayoze Perez and he needs some attention from the medical staff.

50 mins: The goal is no more than Chelsea deserve really, they have been the better team so far. Leicester have to dig deep now and find another level. 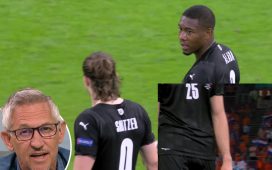 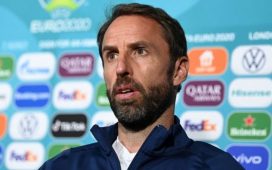 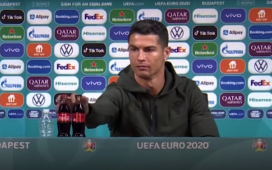 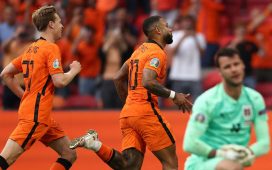 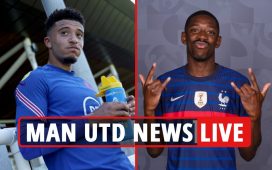