Frank Lampard has confirmed Ruben Loftus-Cheek is set for a loan exit.

The Chelsea boss has admitted midfielder Loftus-Cheek is likely to leave the club in the coming days.

The England international has played just 60 minutes of Premier League action so far this season, and his first team opportunities are set to be limited.

“We’ve had a couple of conversations in the last week. He’s fit as a fiddle and can play week in, week out. He needs to play.

“He would have been playing earlier if it wasn’t for lockdown and restart. There’s a possibility Ruben may go out [on loan] to play games, I think that would be great for him. We hold him in very high regard here and it could be a good option for him.

Reports from The Guardian claim Aston Villa and West Ham are the frontrunners to secure a season long loan deal for the 24-year old, with Brighton and Hove Albion only interested in a permanent deal.

Aston Villa boss Dean Smith wants to bring in Chelsea midfielder Ross Barkley on loan before the end of the transfer window, according to reports from Birmingham Live.

Barkley has been linked with a move to Villa Park after slipping down the pecking order at Stamford Bridge, and Smith is confident of securing a deal.

The former Everton star made 21 Premier League appearances for Frank Lampard’s side last season, but only 13 came as a starter and a move away could reignite his career.

Chelsea have been incredibly active in the summer transfer window, so make sure you don’t miss a single thing by signing up to the brilliant Mirror Football newsletter!

And they don’t seem keen on slowing down yet. one player who continues to be linked with the Blues is West Ham and England midfielder Declan Rice.

Every time Chelsea make a splash, you’ll get an update in your inbox. From the latest transfer news to the agenda-setting stories, get it all.

However, despite Villa’s confidence of convincing Barkley to join on a season-long loan, Football Insider claims the 26-year old wants to stay at Chelsea and will only leave if Lampard confirms he is not in his plans for 2020/21.

Rudiger has been linked with an exit from Stamford Bridge before the transfer window closes on October 5, but Sky claim the French club may have difficulties in convincing Chelsea to agree to a loan.

Although when asked if the defender’s future was away from the club following Chelsea’s defeat to Spurs, Lampard said: “No.”

Bakayoko is likely to be a more realistic target for Thomas Tuchel’s side, with Chelsea keen to offload the France international after talks over a return to AC Milan broke down earlier this month.

However, Lampard will push for a permanent move for the former Monaco star, as he looks to rebalance the books after a busy summer of spending. 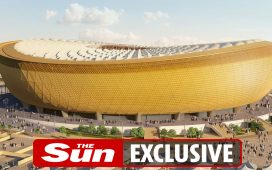 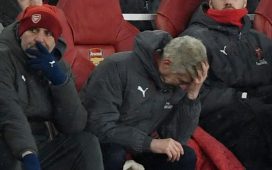 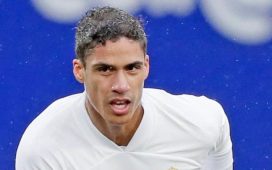 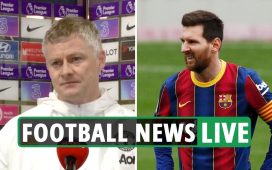