Chelsea need at least a draw in their final Women’s Champions League group game at Wolfsburg to guarantee progress to the quarter-finals after being held to a goalless draw by Juventus.

Twice the woodwork denied Chelsea, with Pauline Peyraud-Magnin pushing an Erin Cuthbert shot on to the bar before Sam Kerr saw a cross do the same.

Kerr also had a second-half effort ruled out for offside as Juve held on.

The result maintains Juve’s own hopes of advancing.

The point at Kingsmeadow against the Italian champions came just three days after Emma Hayes’ side beat Arsenal in the the delayed 2020-21 Women’s FA Cup final at Wembley.

“This was the tough one for me, being so close after the cup final,” said Hayes.

“I know they celebrated like it was their cup final. For us coming through this game without conceding a goal – in what I thought was a tricky tie – has set us up nicely for next week.

“I’m extremely proud of the players. We were the team that pushed for goals. We got a point and are in the driving seat going into the last game. We are in the position we want to be in.”

She said her team would head to Germany next week “confident” they will do enough to get out of the group.

“We know it’s a difficult place to go, but we believe in our ability,” she added.

Juventus boss Joe Montemurro was still Arsenal boss when the Gunners started the FA Cup campaign that ended at Wembley on Sunday.

The Australian took charge of the Italian giants in the summer, guided them through Champions League qualification and has them in contention to advance to the knockout stage after the hard-fought draw against Chelsea.

Juve remain second in the group, level on points with Wolfsburg, and next face winless Swiss champions Servette.

The visitors swamped Peyraud-Magnin to celebrate the draw after the French goalkeeper made a series of saves to help earn the point.

She did enough early on to foil Cuthbert with the help of the woodwork, and produced the moment of the match to keep Millie Bright out with a diving save before the break.

Kerr almost beat the inspired keeper with a wayward cross that drifted on to the bar in the first half, but it was a frustrating night for the Australian and the her team-mates after they had 71% possession and racked up 25 shots to Juventus’ two. 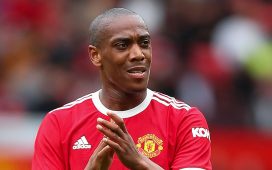