Chelsea defenders Trevoh Chalobah and Malang Sarr can be ‘really proud’ after thwarting Brentford and helping the Blues return to the top of the Premier League, says former Manchester United and England defender Gary Neville.

With Antonio Rudiger out injured and Thiago Silva ruled out after his late return from international duty, 22-year-old defenders Chalobah and Sarr started for Chelsea on Saturday alongside Andreas Christensen.

Despite Chelsea’s apparent weakened defence, Brentford were unable to break the visitors down and Ben Chilwell’s first-half strike was enough to earn the three points and bragging rights in west London.

Neville was impressed by Chelsea’s resolute performance and says Chalobah and Sarr deserve credit for coming into the team and contributing to a hard-fought victory.

‘I thought they did brilliantly,’ Neville told Sky Sports. ‘It was tough in the last 15 or 20 minutes, they got a little bit messed around by [Ivan] Toney and [Bryan] Mbeumo when Brentford got themselves going.

‘But they did really really well, that was as tough a game as you can have as a centre back.

‘I saw Arsenal’s centre-backs here get absolutely messed about by those two. So for Chalobah and Sarr to come here today with a lot of expectation, I think they can be really proud tonight.

‘That’s as tough as it gets in the Premier League. You have to come through those moments. It was long throws, free kicks, sustained attacks they did really well.’

The Manchester United and England hero added: ‘I like it when he said he trusts his players because I think it really demoralises players in the squad when you start shifting them around.

‘They could have played [Cesar] Azpilicueta at left centre-back and shirked it by playing Reece James as right wing-back and make it look like he was using experienced players.

‘He’s take a risk today but he’s entrusted his players. When managers talk about their squad he’s shown today he does trust and does believe in his players. It was the right decision and I liked it.’

European champions Chelsea have now won six of their first eight matches this season and returned to the top of the Premier League after beating Brentford, one point ahead of second-placed Liverpool.

‘We were strong in the challenges and played with composure. It is important not to lose the ball just as you win it because this is what they like. It was like this in the end.’ 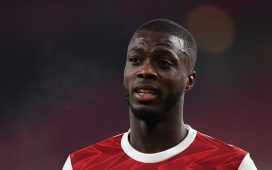