Chancellor limbers up for bitter row over pension triple lock


Abandoning the pension triple lock on state pensions, even for a single year, would guarantee a bitter row, so one can understand why the chancellor limbered up for the task with a round of hints and equivocation. Nothing is decided and we must wait for the data, said Rishi Sunak, giving himself a get-out in case the politics of the exercise turns ugly.

But the logic here points in only one direction: the lock should be dropped this year. It is too inflexible to deal with the exceptional circumstances of a plunge in the economy, followed by a rapid rebound, and was not designed to deal with volatility.

By way of reminder, the current promise is to raise the state pension annually by the highest of three readings – average earnings, the annual inflation rate or 2.5%. The problematic element this time is average earnings, which are predicted to be up 8% in the relevant July data. But the number is a quirk: it will be so strong largely because it was so weak a year ago when the economy was in lockdown and earnings were falling.

The UK’s state pension is not generous by international standards, an important point that Sunak should not forget when he considers what to award this year. But an inflation-beating 8% next April, as a product of a rigid mechanical formula, would be perverse when the £20 a week uplift on universal credit is due to be scrapped in September.

A better formula would use smoothed average earnings, as Lord Willetts of the Resolution Foundation has long argued, in the interest of fairness to everybody. He’s right: rigidity leaves no room for common sense. Sunak, under pressure to find cash for the NHS, social care and schools, will never get a better chance to make the reform. He should take it.

Exploring for oil can take you to some exciting places but not, usually, the plush 16th arrondissement of Paris.

Cairn Energy’s tale is a complicated tax dispute with the Indian government, the result of the Edinburgh-based company striking it big with an oil concession in Rajasthan many years ago. Cairn has won in the courts at every turn, critically at a Dutch international arbitration tribunal last December, but still hasn’t received the $1.7bn it is owed.

The French angle, first reported by the FT, is one of many legal attempts to seize Indian state assets, in this case properties, by way of enforcement. Air India planes are among other possible targets, which would raise the temperature of this dispute by several degrees.

One response is to say it’s ridiculous for Cairn, a grown-up member of the FTSE 250, to behave like a grubby vulture fund. But what else is it supposed to do? It has exhausted legal avenues and attempts to negotiate a settlement with Narendra Modi’s government have got nowhere. It can’t simply write off a sum greater than its stock market capitalisation.

Seizing €20m-worth of nice Parisian flats barely moves the dial financially, but the resulting headlines have serious nuisance value. Delhi, one assumes, will hate them. The UK government might even take an interest since the dispute, under the 1995 UK-India bilateral investment treaty, is a terrible advert for the newly expanded trade partnership.

There must be a deal to be done to end this seven-year legal battle – and it probably involves a figure substantially less than $1.7bn. In the meantime, though, Cairn is entitled to keep pushing.

Forget about being London’s unofficial “worst IPO in history”, and just deliver the numbers. That’s been the sensible approach of Deliveroo’s management since the shambolic flotation in March and, up to a point, it has worked. The 390p float price is still distant but 313p, the current level, is a lot better than the low point of 230p.

And here comes a seemingly bullish update: the re-opening of pubs and restaurants hasn’t caused a splutter. Deliveroo now expects “gross transaction value” – what the punters order via the app – to be up by 50%-60% over the whole of 2021, better than forecast.

Very good, but what’s this? Gross profit margins will be “in the lower half of our previously communicated range”. Therein lies the puzzle: Deliveroo can shift a lot of grub, but it operates in a competitive market and the long-term financial profile is virtually impossible to read. Last year’s underlying loss was £224m and another loss is on the cards this time. The investment case is no clearer yet.

See also  Revealed: why hundreds of thousands of tonnes of recycling are going up in smoke
Share on FacebookShare on TwitterShare on PinterestShare on Reddit
newscabalJuly 8, 2021 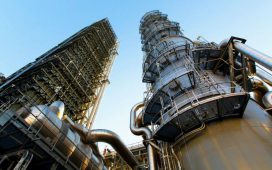 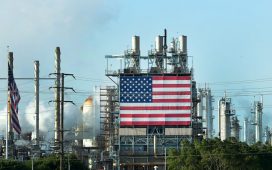 Why is a big oil company investing huge amounts of money in Wyoming wind?