Watford produced a stunning first-half display as they thrashed Bristol City 6-0 at Vicarage Road in the Championship.

A Taylor Moore own goal and a tap-in from Ismaïla Sarr had them two up after 15 minutes. Will Hughes’ deflected strike and a Ken Sema effort made it 4-0 inside 36 minutes, with Sarr and Philip Zinckernagel finding the net in the second half. It meant a seventh consecutive away league defeat for City.

Teemu Pukki took his goal tally for the season to 13 by scoring twice as Norwich returned to the top of the table with a 4-1 victory over Stoke at Carrow Road. Todd Cantwell opened the scoring in the 15th minute and Pukki’s tap-in just before half-time gave the Canaries control. Nick Powell was gifted possession to pull one back on the hour for Stoke, only for Emi Buendia and Pukki to increase Norwich’s lead. The win puts them one point clear of Brentford, who face Barnsley on Sunday.

Millwall scored two late goals to beat fifth-placed Reading 2-1 at the Madejski Stadium. Alfa Semedo’s bizarre 17th-minute goal gave Reading the lead when the defender’s attempted tackle flew in from 50 yards, with Bartosz Bialkowski out of position having thrown the ball out. But Matt Smith levelled in the 76th minute and Mason Bennett headed in the winner five minutes from time.

Jonathan Woodgate confirmed he would still be in charge of Bournemouth for Wednesday’s game against Rotherham as he praised his side for being “solid” in their goalless draw at Nottingham Forest.

The interim manager made it three games unbeaten since taking charge as Bournemouth held out for a point. Forest came closest to winning it when Glenn Murray had a header cleared off the line by Ben Pearson, but Woodgate was pleased with his side’s performance, despite them failing to muster a shot on target.

“Forest frustrated us, we could not break them down,” he said. “They’ve not lost many games recently and we knew it was going to be tough. We could be better creatively, but I thought we were solid.” On his future, he said: “I’ll be in charge for the Rotherham game and I’m not thinking what will happen beyond that.”

Middlesbrough failed to take advantage as Derby bolstered their survival hopes with a 2-1 victory at Pride Park. Derby were 2-0 up inside 32 minutes after Lee Gregory nodded in from close range and Colin Kazim-Richards produced a stunning long-range strike. On-loan Fulham forward Neeskens Kebano’s first Boro goal gave the visitors hope, but they remain six points behind Bournemouth as Derby moved three points above the bottom three.

Kieffer Moore’s first-half double sent Cardiff on their way to a third consecutive win with a 3-1 success over struggling Coventry. Jacob Murphy added a third just after half-time as the Bluebirds moved level with Boro, with Dominic Hyam netting a late consolation.

Birmingham remain second bottom after Dan Potts’ first-half header gave Luton a 1-0 win at St Andrew’s, while bottom side Wycombe breathed new life into their survival bid by coming from two goals down to win 3-2 at Huddersfield.

Juninho Bacuna’s close-range header in the 18th minute and Isaac Mbenza’s effort just before half-time looked to be taking the Terriers to a first win in seven league matches. But the Chairboys responded on the stroke of the interval through Anis Mehmeti, Joe Jacobson levelled from the penalty spot after 63 minutes and Josh Knight completed the comeback late on, leaving them 10 points from safety. 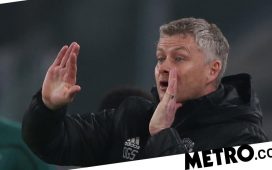 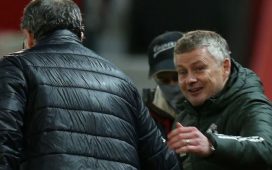 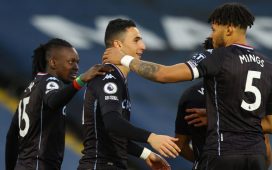 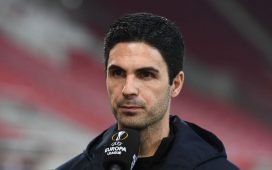 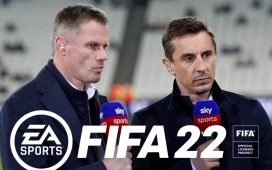