Juventus laid down a marker for the Champions League this season with a 3-0 win at Malmö. Juve took the lead somewhat against the run of play through Alex Sandro’s 23rd-minute header. Paulo Dybala added another from the penalty spot just before the break, but there was still time for Álvaro Morata to fire in a third. The title holders, Chelsea, opened their Group H campaign with a 1-0 win against Zenit St Petersburg.

In Group F, Villarreal and Atalanta drew 2-2 at El Madrigal. Remo Freuler gave the Italians the lead in the sixth minute, but Manuel Trigueros hauled the Yellow Submarine level shortly before half-time. Villarreal – who beat Manchester United on penalties in last season’s Europa League final – equalised through Arnaut Danjuma in the 73rd minute. Robin Gosens, though, struck late to earn Atalanta a point.

In Group E Robert Lewandowski scored twice as Bayern Munich opened their campaign with an impressive 3-0 win in Barcelona, and Dynamo Kyiv had a stoppage-time goal from Mykola Shaparenko ruled out following a VAR review, meaning they had to settle for a 0-0 draw at home against Benfica.

In Group G, there were four first-half penalties as Sevilla drew 1-1 against Salzburg at the Ramon Sánchez-Pizjuan Stadium having played most of the second half with only 10 men. Salzburg were awarded a spot-kick in the 13th minute when Karim Adeyemi was fouled by Diego Carlos, but the forward then dragged his penalty wide.

Luka Sucic showed his teammate how it should be done when he converted his penalty in the 21st minute after Adeyemi had been bundled over again. The 19-year-old midfielder, though, struck the post with Salzburg’s third spot-kick, awarded in the 36th minute following another foul on Adeyemi, this time by the goalkeeper Yassine Bounou.

Sevilla equalised shortly before half-time with a penalty of their own from Ivan Rakitic. The Spaniards had the forward Youssef En-Nesyri sent off for a second yellow card five minutes after the restart, but held out for a point.

It finished goalless between Lille and Wolfsburg but there was late drama after a penalty for the French side deep into stoppage-time was overturned by VAR. Lille had earlier seen a Jonathan David goal ruled out by VAR at the start of the second half before Wolfsburg had their defender John Brooks sent off for two cautions. 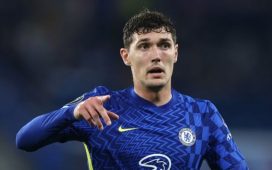 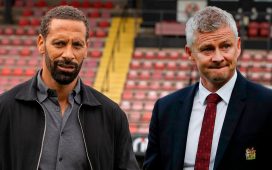 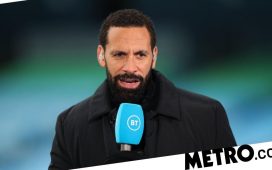 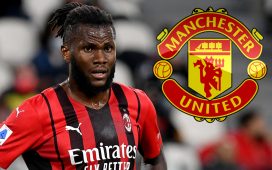 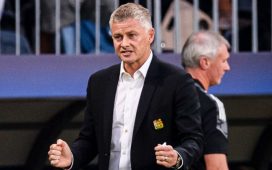