It isn’t one of his Cruyff turns, but it is a surprising change of pace from Alisson Becker, and a slightly surprising response.

For a man who thoughtfully considers every question before answering comprehensively, and whose own approach to goalkeeping has helped cause a reconsideration of the position, the Brazilian responds strikingly quickly when asked what he actually prefers: getting on the ball, offering an actual assist with one of those luscious long passes, or just the nuts and bolts of a normal save?

The response is instant, and abrupt.

“Making a save!” Alisson laughs, before eventually elaborating.

“If you make a really difficult save, when you’re stretching, it fills you with confidence and I think it really pleases the fans. I think it was against Arsenal, my long ball that released [Roberto] Firmino and within two passes we scored. It’s a great feeling but nothing compares to a great save.”

And it’s possible nothing this season compares to Alisson’s save against Napoli’s Arkadiusz Milik, either in terms of what it was a stop, or the consequence.

It is the reason Liverpool got through the Champions League group stage, the ultimate source of this surge to Saturday’s final as well this grand chance to mark a magnificent season with the award it deserves, and thereby why Alisson is in such demand to talk now.

In a separate interview for TV before this one-on-one with The Independent, the 26-year-old was asked about his £66m transfer from Roma last summer. “No one’s mentioned that in ages,” he quipped to his interpreter, before laughing. “I think I paid half of it back with that save against Napoli.”

It is fitting Alisson has been responsible for such a significant moment in Liverpool’s season, because he himself represents such a significant purchase in the Jurgen Klopp era. It was a signpost moment for a landmark signing. Given the way the German so specifically targeted the precise qualities of Alisson and Virgil van Dijk, it’s difficult of any recent big transfers that have been so forensic, that so definitively solved what had been problem areas to the point they actually became huge strengths.

His fit in the side has been so obvious, in fact, it barely needed to even be explained by the manager.

“There were only a few moments this season when Jurgen Klopp sat down and spoke about specific technical and tactical aspects of my game,” Alisson explains, at Liverpool’s training base in Melwood. “What he wanted from me was more obvious things, to continue the way I was playing with Roma. The communication was very natural, and I found it easy to fit with the team. I settled very quickly because the characteristics of my game are what the team wants.

“We work a lot, as per our characteristics, to start our attacking play from the moment the ball is at my feet so playing out from the back whenever possible.”

“I think that builds confidence. I don’t think it’s an obligatory tactic. Sometimes you do just have to boot it if necessary, but that’s what Klopp incentivises us to do.”

It has led to intensely brilliant form, and maybe yet the greatest trophy in club football. Liverpool are certainly so much better than they were at the same stage last season.

Just as Alisson has been a key player in the evolution of the side, though, there is the argument he has also been a key player in the evolution of goalkeepers. He, Brazilian international teammate Ederson and Barcelona goalkeeper Marc-Andre ter Stegen have been cited as influential examples in how modern top-level teams just cannot afford to play with a goalkeeper who is not good with his feet. Ball-playing abilities have arguably become one of the primary qualities for number-ones, to such a pronounced degree that it doesn’t have a precedence in history. You now just need that 11th man in play.

Interestingly, Alisson doesn’t fully agree. He thinks it would all be irrelevant if you weren’t first and foremost top-class with your hands.

“When the goalkeeper is good with their feet, and has the passing skills to be able to control the ball under pressure, the team can use that and it can be part of a strategy. But if the goalkeeper doesn’t have that ability, skill and confidence, you need to be intelligent and play a different strategy.”

Alisson loves the fundamentals of goalkeeping so much that, contrary to perceptions formed from his ball control, he hasn’t actually played in any other position. When one coach tried him in defensive midfield as a youth player back in Novo Hamburgo in Rio state, Alisson actually asked to be put back in nets. He does, after all, come from a family of goalkeepers – not least his elder brother and former Internacional teammate, Muriel. That doesn’t mean the urge doesn’t completely go away, and it perhaps explains some of his more… indulgent moments this season.

“Sometimes, there was the desire to play out and participate more. Over 90 minutes as a goalkeeper, you are only involved in maybe 10 minutes of the action. That’s quite a demanding aspect of the position and sometimes you do have that desire to do more. I like to play with the ball and participate but my quality is between the sticks, and that’s where I’ll stay.”

It’s also why one of the elements of football Alisson most relishes are one-on-ones, or having to make that split-second decision as to whether to stay or go as with Milik. It is arguably one of his best qualities, given how he’s even forced misses from forwards as adept at such situations as Sergio Aguero.

“A good goalkeeper needs to read the play, to find the right time. Do you attack the ball or do you wait? You can’t go and attack and try and challenge for every ball? You have to see how the striker is going to react, so you have to be mentally strong in these situations.”

Mental strength, however, doesn’t seem to be an issue for Alisson.

That early error against Leicester City obviously escaped no one’s notice, but neither should the way he remained utterly unruffled. This really shouldn’t be under-appreciated. Pep Guardiola has a theory that when a goalkeeper makes a high-profile mistake early into his time at a new team, “something goes in their mind”, that can be very difficult to recover from. The Manchester City manager put Claudio Bravo’s failure down to it, and there have been similar examples from keepers as accomplished at Edwin van der Sar at Juventus.

Alisson, however, just doesn’t seem fazed. By anything. He radiates composure – but does insist that ease with himself comes from hard thinking, and a concerted approach.

“During the game, we go through a variety of emotions. I don’t get too excited after a save, or too down after an error. I try to be emotionally balanced over the 90 minutes, and save all the emotional release for after when it’s more appropriate.

“I’ve always trained to have that balance, ever since the start of my career. It is a difficult feeling trying to contain emotions, but I think I’ve been successful with that. It’s mental exercise.”

Does that mean, then, he can’t allow himself to get excited for a match like this?

“It’s definitely going to be a very different game, a special game, so I’m working on the emotions for that. I’m working on concentrating as if it’s a normal match, as I’ve been doing the whole season.

All of this carries more weight because of what the Champions League final has meant for Liverpool goalkeepers. They’ve probably had more number-ones with prominent and historic roles in this showpiece than any other club.

There was Bruce Grobbelaar’s “spaghetti legs” against Roma in 1984, Jerzy Dudek’s saves against AC Milan in the 2005 and then – on the other side – Loris Karius’s nightmare against Real Madrid last year.

Alisson respectfully doesn’t really speak about his immediate predecessor, but is conscious of that past.

“I watched the game in 2005. It was a historic game, two great goalkeepers – Dudek and Dida, who is a great friend of mine. Dudek was sensational, not just with the saves during the game to keep Liverpool in it but also the heroics with the penalties. In our profession, you’re either the hero or the villain, with no in between.”

He need look no further than the opposite end of the pitch on Saturday, and their very last meeting. When Tottenham travelled to Anfield in April, it was actually one of Alisson’s shakier games, with Hugo Lloris making some fine saves… only for the French goalkeeper to spill the ball in stoppage time for Liverpool to win it 2-1.

“It’s a mix of feelings. Obviously you’re really happy to have scored, but you have to sympathise with your goalkeeping colleague, because that could be any of us, none of us are immune to it, you have to be on the pitch, so I’m not able to celebrate a goal that comes from a goalkeeping error in the same way I celebrate other goals.”

Alisson himself, however, hasn’t had to lament too many errors. He goes to the final in full confidence.

“When I first signed, I was surprised by the value. I think I’ve given return to the club. I’ve met the expectation the club had in me through dedication and hard work, but I don’t think I’ve achieved anything yet. I want to write my name in the history of the club by winning titles, and we’ve a great opportunity to do that this Saturday.”

As regards the usual line used in this situation, you could say he’s ready for that final step, but Alisson would probably say he’s prepared to grasp the opportunity. Hands over feet. 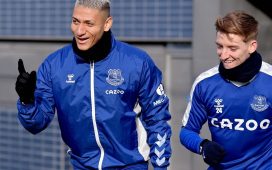 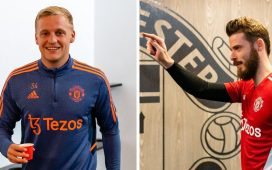 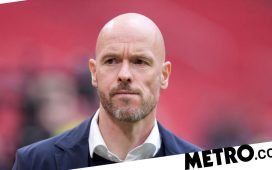 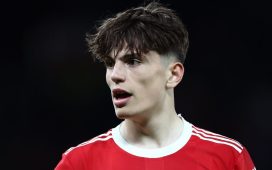 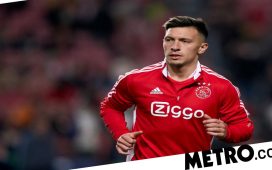