The late Chadwick Boseman’s widow Simone Ledward Boseman tearfully accepted a posthumous prize for the actor at the NAACP Image Awards on Saturday.

Black Panther star Chadwick died at the age of 43 last August after a private four year battle with colon cancer.

He was awarded the gong for Outstanding Actor in a Motion Picture for his part in Ma Rainey’s Black Bottom which was last job of his acting career.

Simone recorded a message for television network BET in which she accepted the award on Chadwick’s behalf and called for viewers to get screened for cancer.

Opening with what her partner would have said in his acceptance speech, Simone said: ‘As always, he would give all honour and glory to the most high God. He would thank his mom and dad, and he would give honour to the ancestors as we now honour him.

‘Thank you NAACP Image Awards for giving him his flowers. He was an uncommon artist and an even more uncommon person. But the manner in which we lost him is not uncommon at all. Not in our community.’

She concluded by encouraging viewers to get checked for colon cancer and be ‘proactive’ about their health.

Chadwick’s family confirmed the actor had been diagnosed with stage three colon cancer four years prior to his death in August last year.

The star passed away with his family and his wife by his side.

At the time, they confirmed the devastating news on Instagram, writing: ‘It is with immeasurable grief that we confirm the passing of Chadwick Boseman.

‘Chadwick was diagnosed with stage III colon cancer in 2016, and battled with it these last 4 years as it progressed to stage IV.

‘A true fighter, Chadwick persevered through it all, and brought you many of the films you have come to love so much. From Marshall to Da 5 Bloods, August Wilson’s Ma Rainey’s Black Bottom and several more, all were filmed during and between countless surgeries and chemotherapy.

‘It was the honour of his career to bring King T’Challa to life in Black Panther.

‘He died in his home, with his wife and family by his side.’ 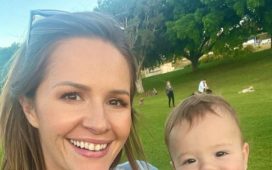 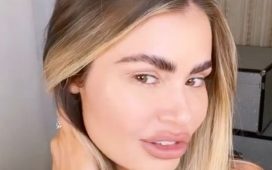 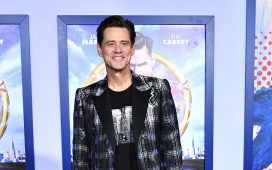