The centre-left frontrunner to replace Angela Merkel emphasised his eagerness to form a government with the Greens in the last TV debate before next Sunday’s German elections, as the ecological party’s candidate came close to ruling out joining a coalition with the outgoing chancellor’s conservative Christian Democratic Union (CDU).

A snap poll declared Olaf Scholz of the Social Democratic Party (SPD) to have emerged victorious from three out of three televised debates, with more respondents describing him as the winner of Sunday night’s showdown than the CDU’s Armin Laschet or the Green party’s Annalena Baerbock.

Hosted by private broadcasters ProSieben, Sat.1 and Kabeleins, the programme’s moderators allowed the three candidates to explain their position at a slower and more in-depth pace than at previous encounters. The first half hour alone was taken up by a discussion of social policy that brought out commonalties between the SPD and the Greens.

Both Scholz and Baerbock call for raising the minimum wage to €12 euros an hour, and propose taxing high earners more strongly to provide tax relief for those on low incomes. When the Green candidate said she wants to introduce a basic security benefit for children, financed out of taxes on couples with income of more than 200,000 euros, her Social Democrat rival agreed with her.

The two politicians kept a more cordial tone between each other throughout, and in his concluding statement Scholz said it was belief that “most voters” wanted the next German government to be made up of his party and the Greens.

Baerbock, meanwhile, expressed her lack of enthusiasm for a so-called “Jamaica coalition” with the CDU and the pro-business, low-tax Free Democratic party (FDP), without categorically ruling out joining such a power-sharing arrangement. “I’ve made it clear that I think it’s time for the [Christian Democratic] Union to go into opposition”, she said.

The lop-sided dynamic initially seemed to suit CDU leader Armin Laschet, who has on the campaign trail often cut the least fortunate figure when at his most combative. The slower pace of the debate allowed the Rhinelander to emphasise fundamental differences between his party’s worldview and those of his centre-left rivals: politics should not interfere with unions and employers negotiating appropriate wages for each sector, nor should it try to dictate to industry which technologies to invest in for the future.

Laschet accused the Green party of wanting to restrain technological innovation by burdening industry with bans on specific products. Baerbock responded by pointing out that Laschet’s own party had in the 1990s banned the use of ozone-destroying chlorofluorocarbon (CFC) in fridges. As a result, she said, “the best fridges” were now being built in Germany.

As in the previous two debates, Social Democrat candidate Scholz took a step back while his two rivals tore into each other. Snap polls suggest his strategy worked: in a poll conducted at the end of the programme, 42% of respondents described him as the winner, ahead of the Laschet on 27% and Baerbock on 25%.

See also  Ferrexpo says funds to Ukrainian charity may have been misappropriated
Share on FacebookShare on TwitterShare on PinterestShare on Reddit
newscabalSeptember 19, 2021 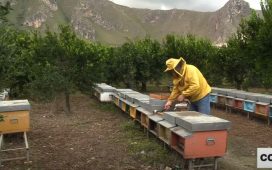 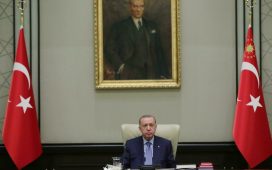 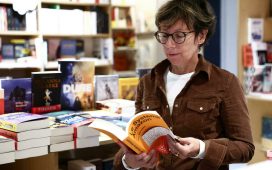