Five decades of “benign neglect” of regional industries has left the UK with a “branch line”, London-centric economy that needs business and government to work together to correct, according to the head of the UK’s largest employer group.

Tony Danker, the CBI’s director-general, said his members were ready to work with ministers on the government’s levelling up agenda but warned that the decision last week to scrap planned high-speed rail links was a setback, given the poor transport links between northern cities.

He told the FT that companies were “very upset” by the scaling back of HS2 — after the part of the line between the East Midlands and Leeds was cut — and the watering down of Northern Powerhouse Rail. He called on ministers to work with local leaders on the plans.

Danker will use the CBI’s annual conference that starts on Monday — split between various sites outside London for the first time — to announce plans for a new regional unit with its own steering committee and director to support efforts to boost growth, skills and investment around the country.

In his speech, Danker will highlight the “deindustrialisation” that the UK has “suffered,” adding: “Since the 1980s, we let old industries die — offering little more than benign neglect for what got left behind.”

The CBI boss will say the country has had to live with the consequences of “an economic policy that was ambivalent about levelling down” and that with the most productive parts of a sector, such as company headquarters, too often based in London and the south east of England, the UK was operating as a “branch line economy”. 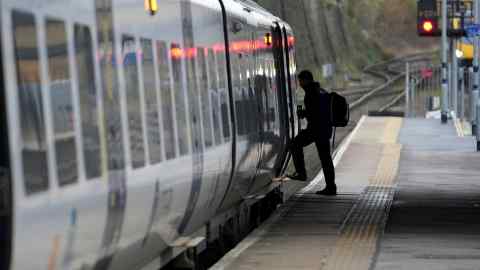 Danker pointed to the opportunities for the regions presented by the development of industries such as electric vehicles, gigafactories and offshore wind. These would be the future drivers of economic growth around the UK, he said.

Meanwhile, in his keynote speech to the conference on Monday, Boris Johnson plans to say the country has reached a “pivotal moment . . . to adapt our economy to the green revolution.”

The UK prime minister will say that productivity must improve and laws reformed to adapt the economy as the country emerges from the coronavirus pandemic. “We must regulate less or better and take advantage of new freedoms.”

Johnson will also announce new requirements for all new homes and buildings to install electric vehicle charging points, which is expected to come into force next year.

Danker said he hoped that the government’s white paper on levelling up — which is expected to be published at the start of December — would include specific policies aimed at helping business outside London grow.

The aim of the CBI’s new regional centre is to act as a vehicle for the private sector to engage with government to build economic clusters in different parts of the country and is planning two pilots.

The director for the CBI regional centre will still be based in London, Danker said, to co-ordinate efforts with hubs around the country. 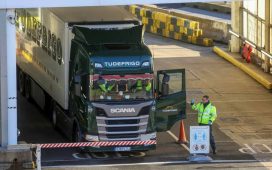