A wave of cautious optimism is sweeping the Philippines as the government prepares to kick off its vaccination drive this month.

A survey released on Thursday showed seven in 10 Filipinos believe the worst of the Covid-19 pandemic is over.

Much of that optimism is coming from Metro Manila – home to some 13 million and a pandemic hot spot that accounts for about half the country’s total cases.

That also comes despite a separate poll showing that in South-east Asia, Filipinos were the least satisfied with their government’s pandemic response.

With more than 545,000 infections and close to 12,000 deaths, the Philippines has the second-highest number of Covid-19 cases and deaths in South-east Asia, after Indonesia.

Health officials are set to administer the first doses of vaccines sanctioned by regulators this month, though on a limited scale due to supply issues.

The Philippines is expecting delivery of just 117,000 doses of Pfizer’s vaccine next week. Most will go to some 50,000 medical frontliners and the staff of at least four hospitals in Manila.

Health officials had hoped the first dose could be given on Monday, but the Pfizer shipment was delayed because of documentary snafus.

The Philippine government has signed term sheets with five vaccine makers guaranteeing up to 105 million doses for its population of over 100 million.

But it is uncertain when these will arrive as the government has yet to conclude firm supply deals outside the World Health Organisation’s Covax initiative.

Mr Harry Roque, President Rodrigo Duterte’s spokesman, told reporters on Thursday that some 600,000 jabs from China’s Sinovac are also set to arrive on Feb 23. But those cannot be administered till regulators grant emergency use authorisation.

Only vaccines from Pfizer and AstraZeneca have been authorised for emergency use, though the Food and Drug Administration has granted a “compassionate use licence” so that the army unit guarding Mr Duterte can be given 10,000 doses of a vaccine made by another Chinese company, Sinopharm.

Beyond these doses, the Philippines does not know when the next vaccine shipment will land.

Pundits estimate that it may take till 2023 before the country can inoculate three-quarters of its population and reach herd immunity.

The Health Ministry, meanwhile, reported that apart from three regions, Covid-19 cases have dropped slightly, following a holiday surge in December and January.

Dr Alethea de Guzman, a specialist with the Epidemiology Bureau, said the number of severe and critical cases had gone down, from 8-9 per cent a few months ago to just 5 per cent this month.

It allowed churches to fill up half their seats with devotees, from 30 per cent previously, and cinemas and museums to reopen on a limited scale. 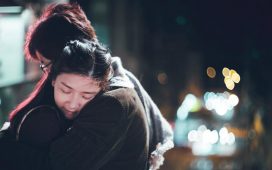 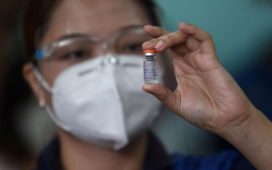 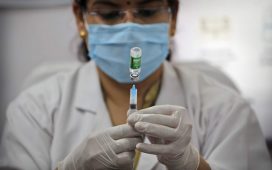 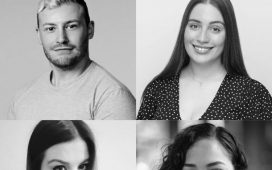 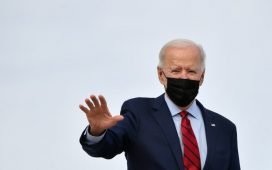