A monumental portrait of Catherine de’ Medici, one of the most powerful women in 16th-century Europe, will return to Strawberry Hill House in Twickenham after it was acquired for the nation in lieu of tax.

The picture was originally installed in the gothic revival mansion built by Horace Walpole, who acquired it 247 years ago, and was part of an important collection amassed by the son of Sir Robert Walpole, Britain’s first prime minister and a pivotal figure in 18th-century society and the arts.

The 1561 painting is historically unique as the only surviving contemporaneous portrait of Catherine, Queen consort to King Henry II of France, and a renowned patron of the arts. Three of her sons became kings of France.

Its public acquisition has been made possible by the Acceptance in Lieu scheme, administered by the Arts Council, settling £1m of tax.

The picture – an oil on canvas measuring 198 x 137.2cm – is an imposing group portrait of Catherine de’ Medici with four of her 10 children. She is shown with her arm around and holding the hand of Charles IX, her third son, who was crowned King of France in 1560, aged just 10, and for whom she acted as regent during the first three years of his reign. An inscription at the base of the painting indicates that he was “in his eleventh year”.

Dr Silvia Davoli, the curator at Strawberry Hill House, said Catherine’s gestures are highly symbolic, as she simultaneously presents the young monarch and protectively keeps him close to her, reflecting the substantial influence she held over the political life of France and the control and guidance she exercised over her son’s rule. It also shows the bond between members of the family – they are close and look alike.

The painting is attributed to the workshop of François Clouet, an important portrait painter at the French court. How such an important painting for French history ended up in the UK remains unclear.

Walpole, who was fascinated by the Italian and French Renaissance, its protagonists and great art, bought it for £25, a sizeable sum, in Hertfordshire from the county’s then MP, Thomas Plumer Byde. The two men may have met as members of the Society of Encouragement of Art, Manufactures and Commerce.

Davoli said: “Thomas was the grandson of the first Thomas Byde … who was a member of parliament under Charles II. I wonder whether Catherine’s painting came in the family with him. In fact, his name appears in a list of members of parliament who were bribed by Louis XIV to prevent a separate peace between England and the Dutch republic. The French ambassador describes Byde as ‘very rich and in great credit’, as well as the receiver of the sum of 300 guineas for his services to the king of France. Did Byde receive something else besides the money?” 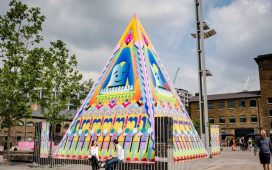 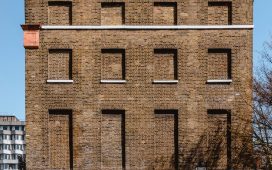