Like many Pakistani Muslims living in the Netherlands, Usman Firdausi was disturbed when the far-right Dutch politician Geert Wilders announced plans to hold a contest for cartoons caricaturing the prophet Muhammad.

Thousands of miles away in Pakistan, more than 10,000 people demonstrated against the contest in a march organised by Islamist party Tehreek-e-Labbaik, which also called on Pakistan and other Islamist countries to sever ties with the Netherlands.

Labaik’s leader said he would “remove Holland from the face of the earth” if he had an atom bomb. On Wednesday, Dutch police arrested a 26-year-old man suspected of threatening to attack Wilders. On Thursday night, the politician announced he was calling off the competition because he said the risks of attacks on the Netherlands were too great.

Images of the prophet Muhammad are forbidden in Islam and caricatures are considered blasphemous.

I want to run my shop, do my work, live my life in peace and harmony here

“It’s easy to spread hate but the best response is dignity,” Firdausi said at his family’s grocery store in the Hague’s ethnically diverse Transvaal neighbourhood. “We are a minority here, we can’t break rules, or hold disruptive protests … We have to live here as Muslims but also as peaceful citizens.”

Firdausi’s sentiments reflected the nuanced take of over a dozen Pakistani Muslims interviewed in the Hague, pulled between raw anger and national, secular loyalties.

Muslims make up about 6% of the population of the Netherlands, according to the statistics bureau, and of these, only about 50,000 are from Pakistan.

Many Pakistani Muslims said religious prejudice was on the rise in the Netherlands in response to Muslim immigrantion and growing fears of terrorism in Europe. They said the spectre of the “Islamisation of the Netherlands” was being manipulated by politicians like Wilders who feared Dutch traditions were being obliterated.

But most also said the cartoon controversy had evoked the dual tug of faith and country.

“I want to run my shop, do my work, live my life in peace and harmony here,” Mohammad Iqbal said at his stall at the Haagse markt, one of Europe’s largest open-air bazaars. ”But I am being forced to stand up and say that I am a Pakistani and a Muslim and I don’t like what’s happening in this country. ”

Many Pakistanis interviewed said although the street protests in Pakistan and statements from the government had piled pressure on Wilders to cancel the proposed competition, they had also brought a bad name to the community and its home country.

“Wilders has achieved his goal because now he can say look Muslims are violent, they are aggressive, they are out on the streets, threatening to kill me,” said lawyer Sardar Yasir. “Wilders is a clown and he’s going to keep doing stuff like this. What are we going to do? Kill him? And then what? We’ll just bring a bad name to Pakistan and Muslims.”

Indeed, the “quiet discrimination” against Muslims would turn into “outright hate” if they kept being provoked by the likes of Gilders, said businessman Mohammad Arshad.

“Us Pakistanis, we are accepted more than other Muslims in the Netherlands, because we are peaceful,” Arshad said at the office of a local money transfer company. “If we want this tolerance and sense of acceptance of us to continue, then we have to be seen as peaceful people. We can’t fan the flames of hate. It will only damage us.” 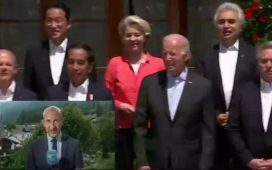 Zelensky to G7: Ukraine will only negotiate with Russia from a position of strength 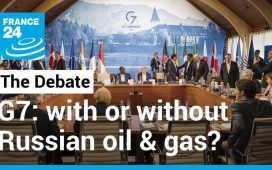