Carphone Warehouse and Dixons axed as group rebrands to Currys


The Carphone Warehouse and Dixons brand names are set to be consigned to history after Dixons Carphone, the parent of both, announced it would rename itself Currys.

Chief executive Alex Baldock said the change was “a gearshift not a facelift” and that choosing Currys as the corporate identity was “a no-brainer” given that most of the group’s remaining stores bear this name.

Stores under the Carphone and Dixons banners have already largely disappeared from the UK’s high streets. Last year, all remaining standalone Carphone Warehouse stores were closed in what the group said was a response to changing customer habits, although it retained sales areas within Currys stores.

Carphone Warehouse was founded by Sir Charles Dunstone and Julian Brownlie in 1989 when bulky radio-powered in-car telephones were an executive status symbol. The name endured even as digital cellular phones became dominant.

Dixons started life as a photography store on Southend high street in 1937. Its founder, Polish-Russian immigrant Charles Kalms, wanted an anglicised name that would fit on a narrow shopfront and plucked Dixons out the telephone directory.

The demise of film cameras contributed to the closure of Dixons’ high-street stores in 2006, though the name endured on the group’s 35 stores in UK airports. Last month, the company said they too would close following the government’s decision to axe duty-free shopping.

The PC World and Team KnowHow brands will also be scrapped in favour of Currys, which started in 1884 selling bicycles before diversifying into white goods and now operates from about 300 out-of-town stores.

The group’s Greek and Scandinavian operations are not affected by the change. 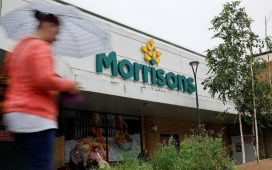 ‘An afterthought’: why do specs companies ignore the black community?