Carlo Ancelotti would face his most difficult challenge yet if he became Arsenal or Everton manager.

That’s according to former Arsenal defender Matt Upson, who says Ancelotti would be making a huge career change if he joined either club.

The ex-Chelsea manager has been linked with the vacant hotseats at both the Emirates Stadium and Goodison Park after the 60-year-old’s reign as Napoli boss came to an end on Tuesday night.

During his career as a manager, the Italian has won the Champions League three times – twice with AC Milan and once with Real Madrid . He has also won league titles in Italy, England, France and Germany, with Milan, Chelsea, PSG and Bayern Munich.

But Upson, who spent six years at Arsenal, says Ancelotti would face a completely different challenge at either Arsenal or Everton , who are ninth and 14th respectively in the Premier League.

“When you rattle out the list of names from Juventus, AC Milan and Chelsea and Real Madrid and you can go on and on,” Upson told Sky Sports.

“But when he comes into those clubs they’re never normally suffering too much.

“He’s taken over from a relatively positive reign and the team is in quite good health, shall we say, and I think this [managing Everton or Arsenal] would be very much a different challenge.”

Asked whether Ancelotti would enjoy the challenge of managing Arsenal, Upson said: “Only he can answer that question. But he hasn’t really looked to take on that challenge before.

“Now whether or not that’s because he hasn’t had to is a different matter. Maybe the timings of things has been perfect, he always waited and said ‘all right, that one’.

“It’s been such a polished career so far – is he going to change it for a different challenge? Perhaps he wants that.

“Perhaps his touch will get the best out of that current group of players.” 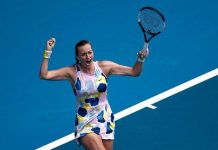 Day seven at the Australian Open 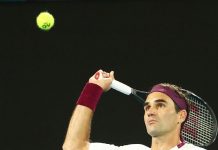