Froch famously sold out Wembley Stadium for his world title rematch with George Groves in 2014, when he retained his super middleweight belts in front of more than 80,000 fans 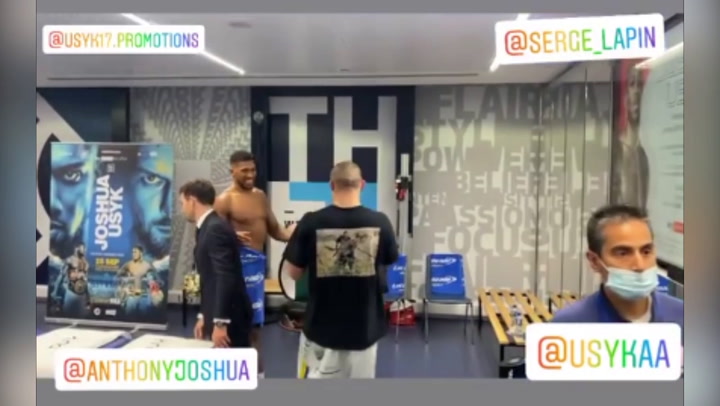 Carl Froch has cheekily joked that while Anthony Joshua is selling out stadiums regularly, he was the first one to do it when he faced George Groves in 2014.

Froch famously fought Groves for the unified super middleweight titles in front of more than 80,000 fans at Wembley Stadium in 2014, successfully defending the belts.

And when Tony Bellew praised Joshua for making massive stadium fights the norm, despite losing his world titles to Oleksandr Usyk on Saturday night, Froch had a tongue-in-cheek reply.

“AJ carries himself like a proper man and fighter!” Bellew said in a tweet. “No excuses and gives credit where it’s due!

“The man has dodged NO ONE in his career! What he created in that venue last night was amazing! The crazy thing is HE’S MADE it normal to pack out stadiums. He changed the game.”

And Froch clapped back, adding: “Well said Tony. But, on the stadium note, I kind of did it first. Just saying, #80Thousand #Wembley”.

Froch’s bragging about selling out Wembley has become something of a meme in the boxing community, with him notoriously telling Floyd Mayweather about his fight with Groves during the build-up to the American’s fight with Manny Pacquiao.

And when fans joked that it was Groves who sold out the stadium, with many wanting him to stop Froch in their fight, the former world champion replied that there were “a lot of disappointed people”.

Froch has insisted that he was joking during the infamous interview, claiming that he has a “dry sense of humour”, but was always trying to make light of the joke that he was constantly bringing up the topic.

“I thought, ‘This would be a great idea. I’ve got to mention Wembley and make it about myself’,” Froch said on his podcast last year.

“I’d just seen a VT of Mayweather chopping some logs, with an axe. We use a metal bar against a tractor tyre.

“So what followed was off the cuff, but slightly pre-empted – as a joke. I’ve got a bit of a dry sense of humour.”

Froch said that he ran the idea by his promoter Eddie Hearn, who had put on the Groves fight, who he says wasn’t keen on it at first.

Did you watch Carl Froch’s fight with George Groves at Wembley Stadium? Let us know in the comments section!

But he ultimately found the joke hilarious, with the moment going down as one of the more memorable moments of the event’s build-up.

“Mayweather comes up, I’ve got a mic, he’s got a mic. Frazer [Robertson, Sky presenter] is in between us chatting away and then he passed to me.

“And I went, ‘How you doing Floyd? Just wanna say when I boxed George Groves in front of 80,000 fans at Wembley Stadium I chopped a few trees down myself.’

“Every now and again I surprise myself. I came out with that one, I’ve never chopped a tree down in my life.

“He was looking at me with that big white smile as if to go, ‘What the hell is this kid on about?’ He knew who I was by the way – he said to me, ‘You’re some fighter yourself.’

“So yeah, I said, ‘When I boxed George Groves in front of 80,000 people at Wembley Stadium I chopped a few trees down myself. Have you been working on strength and that?’

“Eddie was cracking up. To be fair to him, he told everyone after, but it always stuck.” 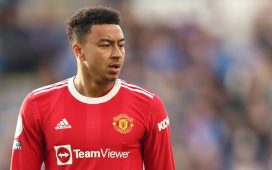