Careers could end without Olympic highlight if Tokyo cancelled

WELLINGTON (Reuters) – The potential cancellation of the Tokyo Olympics due to the coronavirus outbreak could end the careers of several athletes like twice shot put champion Valerie Adams, according to Athletics New Zealand’s high performance director Scott Goodman.

The Tokyo Olympics are still scheduled to take place from July 24-Aug. 9 and the Japanese government has quelled fears the outbreak could cause their cancellation, but global and national sports organisations are on alert about the impact of the virus.

It has already forced the cancellation, postponement or shift of several sporting events in Asia, including the world indoor athletics championships that were scheduled for Nanjing from March 13-15.

Goodman said he had yet to discuss with Adams her plans beyond Tokyo but he recognised that older athletes like the 2008 and 2012 champion, who is 35, might not choose to go through another 12 months let alone another Olympic cycle.

“For some individual athletes like … Valerie and I haven’t sat down with her about it yet, but for her to go another 12 months … … it could have a big impact on what they do,” Goodman told Radio New Zealand on Thursday.

“Other athletes will just have to take it in their stride. It is a sporting event at the end of the day.

“You have to just abide by what’s going on in the world and … what the advisors are telling us.”

The 35-year-old Adams has qualified for her fifth Games after returning to competition this year following the birth of her second child.

She indicated previously that Tokyo was likely to be her last Olympics.

Goodman added that 1500 metres runner Nick Willis, who won silver at Beijing in 2008 and bronze at Rio four years ago, would be 37 in Tokyo and was also probably in the twilight of his career.

Athletes and coaches, however, were still preparing for the Games, Goodman said.

“We’re still all going to training today and tomorrow,” he said. “For athletes and coaches, we just keep on preparing.

“If an outbreak like this makes it impossible to run the Games then we just have to respect that.

“But for the time being that’s not on our mind. We’re just getting ready for it.” 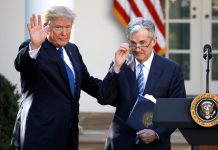 L&G to pay £750m dividend despite Bank of England warning

Coronavirus: What does it mean if I've been furloughed by work?