Cardiff City have reportedly accused Nantes of backdating a cheque to the mother of Emiliano Sala to cover up any legal responsibility for his death.

FIFA ruled in September 2019 that Cardiff must pay Nantes the full transfer fee, but the Welsh club have now taken their appeal to the Court of Arbitration for Sport (CAS).

As reported by The Mail, Cardiff claim Nantes have dated a payment to Sala’s mother, Mercedes Taffarel, as January 21 – the date the plane he was travelling on went missing.

The £14,020 was due to Sala as part of the termination of his Nantes contract, but Cardiff say it is ‘inconceivable’ the French club would have sent it on that day, and allege the date was altered to suggest they ‘no longer had a legal link with Sala’.

Cardiff further purport that the way in which Sala’s travel was arranged by his agents shows he was still at Nantes player at that time.

Mirror Football have approached both Cardiff City and FC Nantes for comment.

Sala, 28, was killed in a tragic accident in 2019 after the Piper Malibu light aircraft he had boarded on January 21 went missing off the coast of Alderney.

After a lengthy search, Sala’s body was eventually recovered from the aircraft on February 7, though pilot David Ibbotson, 59, has never been found.

Sala was making the trip from Nantes to Cardiff to complete his £15million transfer to the then-Premier League club.

A formal investigation by UEFA backed up FIFA’s findings that all the necessary transfer paperwork had been completed prior to Sala’s death.

Nantes’ lawyers, Jerome Marsaudon and Louis-Marie Absil, issued a statement at the time of FIFA’s ruling.

It read: “Beyond the human tragedy that affected the entire sports community with the death of Emiliano Sala, Fifa has just reminded that the legal security of the commitments made by clubs in the context of player transfers must be respected.”

Nevertheless, Cardiff have attempted to overturn the decision, with the CAS now taking a closer look at the cheque in question, while reports in France state the Nantes’ public prosecutors’ office have also been sent a copy.

Sala’s family have demanded an inquest into his death, but that cannot go ahead until the criminal trial of David Henderson comes to an end.

Henderson is due to stand in court later this year on charges of endangering the safety of an aircraft and attempting to discharge a passenger without valid permission or authorisation.

He is alleged to have arranged the travel but pleaded not guilty to the charges above at the initial hearing in October.

A statement from Sala’s family said: “It is a tragedy that two years have passed since Emiliano’s death and we still do not know exactly how and why he died. An inquest is the only way to establish the full truth.

“I very much hope that the Dorset Coroner will now set a date for the inquest to start immediately after David Henderson’s trial, so that we do not have to endure another bleak anniversary with no answers.”

Cardiff backed these calls in an official statement, which read: “The Club endorses the call by the Sala family for the inquest to begin as soon as possible after the conclusion of David Henderson’s trial.

“The Club has spoken to all relevant bodies including FIFA, the FA, and the police both in England and France to encourage them to work as quickly as possible.” 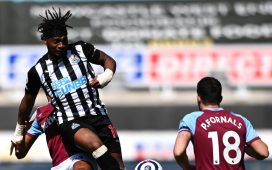 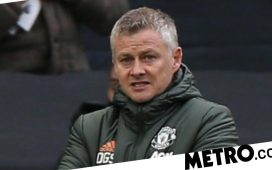