Cardi B and Offset welcomed their second child at the beginning of the month, and now both parents are enjoying a little alone time in Paris.

The 28-year-old WAP rapper had all eyes on her, wearing a staggering headdress by Schiaparelli along with a checked blazer, with a gold breast plates and statement gold jewellery to complete the look.

No wanting to outshine his missus, Offset opted for a more low-key look in an all black leather Prada look, silver chain and dark sunglasses.

The famous couple are currently in the city of love for Paris Fashion Week, and they both seem to be feeling the love, as they couldn’t keep their hands off each other.

Cardi’s high-fashion night out came just over three weeks after she gave birth to her second child.

We can imagine the star has been at home wearing sweats ever since, which is why the star is wasting no time serving legendary looks in Paris.

On Tuesday The Bodak Yellow star wowed in a sparkling bustier dress for the Thierry Mugler Couturissime exhibition at the Musée des Arts Décoratifs as part of Paris Fashion Week.

The outfit was topped with an elaborate hooded cape trimmed with feathers. She also bedazzled her eyebrows with red jewels to complement the dress.

Say what you want about the star, she understands the assignment every time.

Cardi B, real name Belcalis Almanzar, confirmed she and husband Offset had become parents again by sharing a picture of them cradling their son wrapped in a blue blanket – with a Louis Vuitton blanket draped over Cardi, of course – with the caption: ‘9/4/21.’

Cardi and Offset have had a turbulent relationship since secretly tying the knot in 2017 and came close to getting divorced last year, with the mum-to-be telling fans she was ‘single’ in October.


MORE : Britney Spears ‘could be freed from conservatorship today’ as judge is set to rule on case 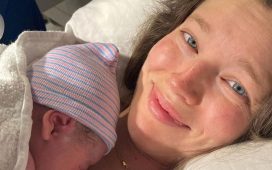 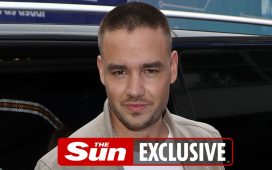 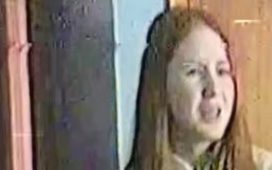 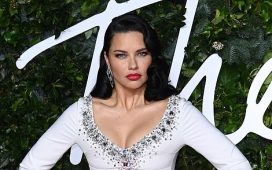 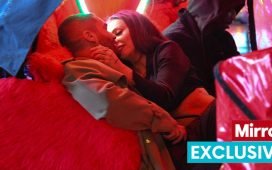 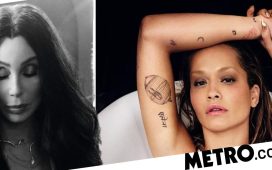